Founded in 1958 by Frank and Gerry Arnold, the Winnipeg-based carrier started when the brothers expanded the family farm with the transportation of grain.

Incorporated in August of ’58, the family-run business now employs five generations with the youngest being 21 and the oldest 80 years old.

“The company has far surpassed what Frank and Gerry envisioned back in the ‘50s,” Gary said. “Arnold Bros. Transport hauls a variety of goods throughout Canada and the U.S. due to the multiple types of equipment we have available. We work with dozens and dozens of industries, with a loyal and long-standing customer base that relies on the quality of our service and our people.”

The company now hauls a variety of goods, including farm machinery and agricultural products, as well as operating dry van and refrigerated trailers.

In addition to its Winnipeg head office, Arnold Bros. has offices in Milton, Ont., Calgary and Edmonton, and yard locations in Vancouver, Regina, Saskatoon, and Montreal.

“You don’t reach the 60-year mark without focusing on quality, investing in your future, and appreciating your employees,” said Gary. 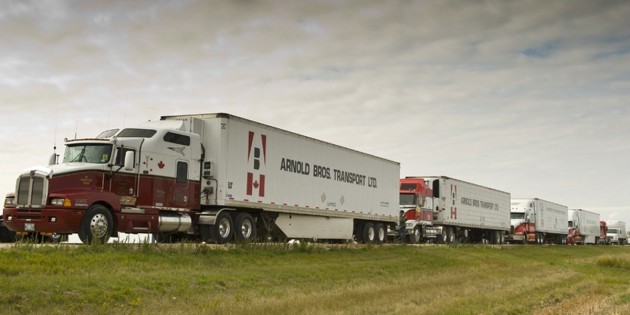