Month-over-month load volumes were up 4% from April. However, year-over-year volumes were down 22% compared to May 2014, marking the fifth consecutive decrease.

Intra-Canada load volumes were down 25% y-o-y. Loads destined for Western Canada were down 15% while loads into Ontario surged 24% compared to April.

Equipment capacity on the Loadlink boards were relatively flat from April. However, truck postings were up 25% year-over-year. The equipment-to-load ratio decreased from 2.50 in April to 2.39. 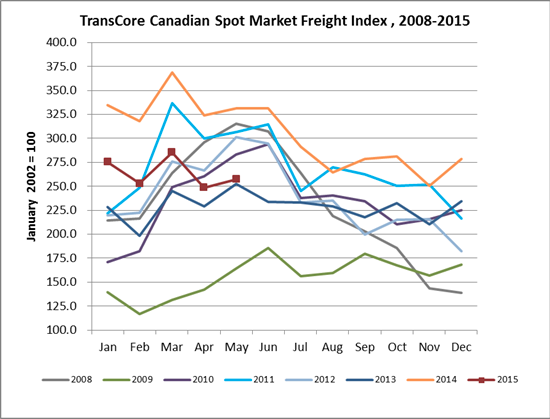