Equipment capacity increased in September by 2% month-over-month and 29% year-over-year. The equipment-to-load ratio declined to 3.29 from 3.47 in August. Year-over-year, the ratio was up 72% from 1.92 in September 2014, TransCore reports. 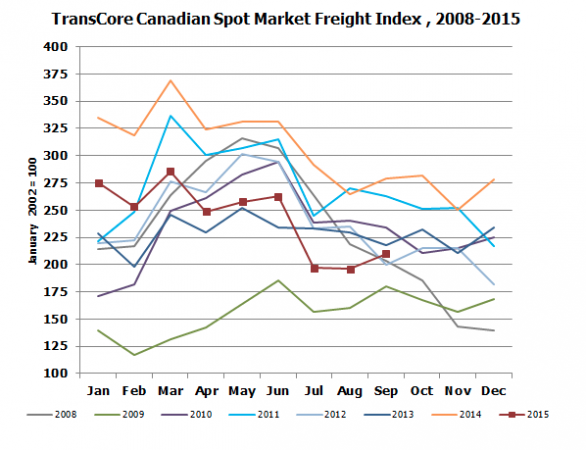