DAT reports brokers and shippers had a harder time finding trucks, and paid a premium in most major markets and lanes. The van rate climbed 11 cents to US$1.80 a mile in June, while reefer rates rose 10 cents a mile to US$2.12.

“Spot rates have remained strong for all three equipment types even though the surcharge portion has been shrinking compared to previous years,” said Mark Montague, DAT industry pricing analyst.

He added that July typically is a month of transition, when freight activity begins tapering off until the end-of-year holiday season. This year may be an exception, however, as load availability and pricing trends remained strong in the first week of July. 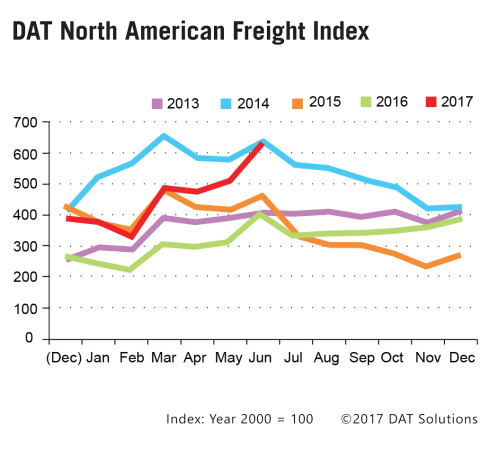