MONTREAL, Que. – The most effective way fleets can control their insurance costs in a hard market is to leverage telematics to drive out risky driving behaviors.

That was the consensus of a panel of trucking insurance professionals who spoke at the virtual Isaac Instruments user conference Nov. 17.

Insurers are increasingly relying on telematics data to measure risk. Intact, for example, has more than a trillion data points collected from telematics generated by its North American customers, according to Angelique Magi, national vice-president, specialty auto and transportation. More than 200 data scientists are employed to analyze that data. If you’re not using telematics to monitor risky driving behaviors and following up with driver coaching, expect to pay more for insurance, especially now that such platforms are more affordable to fleets of all sizes.

“If you’re not on-board with getting these types of (telematics) systems and gathering whatever information you can, I think you are missing the boat,” said David Goruk, manager of risk services, transportation and logistics, Ontario and Atlantic regions with Northbridge Insurance. “If they’re not on-board, I’m not going to say I’m going to assume the worst of that carrier, but I am going to ask the question ‘Why are you not looking at these things? How do you monitor your safety management program if you don’t have these things in place?’ The days of looking at carrier profiles and hoping for the best are long gone.”

Historically, insurers relied on carrier safety profiles to evaluate risk, but that meant making decisions based on outdated data.

“Now with real-time data through telematics, we can use that information from a predictability perspective,” Magi explained

But collecting data is just the first step. Carriers must know how to turn that data into actionable insights, and provide driver coaching when required to eliminate risky behaviors.

“One thing I see as a huge problem right now is, a lot of carriers are jumping on-board, putting telematics into their units to appease insurance companies, but not understanding the data they need to mine out of it,” said John Farquhar, risk solutions specialist with Summit Risk Solutions. “It’s like a fire hose of data coming at you. You need to fine-tune that down to something that is manageable.”

“Whether we are in the right or in the wrong, the video doesn’t lie.”

Each of the panelists spoke highly of video-based telematics systems. Even in cases where the trucker is to blame for an accident, they can be useful, according to Goruk.

“Whether we are in the right or in the wrong, the video doesn’t lie,” he said. “It can exonerate the driver and the company, or we can look at it and settle as quickly as possible, avoiding court costs, claims inflation, and storage at a towing facility waiting for it to go to trial. The cost savings are enormous. I don’t see any downsides to having video.”

Video also provides fleets with an excellent coaching opportunity, Farquhar added, noting drivers are often unaware of bad behaviors they have adopted until seeing proof via video. One driver, Farquhar said, was reaching for his phone six times an hour but was insistent before seeing video evidence that he was touching it no more than six times a day.

“I look at it this way,” added Magi. “It’s very difficult to find the right drivers and keep them as long as you want to. I look at this as an opportunity from a mentoring perspective. We all know that in order to ramp up a younger driver, you have to have a robust coaching program in place.”

She also noted that 70% of the time there’s a crash involving a truck and a passenger vehicle, the truck driver is blamed. With video, that is inverted, with the trucker found to be at fault only 30% of the time.

“We have mandated dash cams for every truck that goes into the U.S.,” she added. “It has proven itself out time and time again and I think it will continue to do so.” 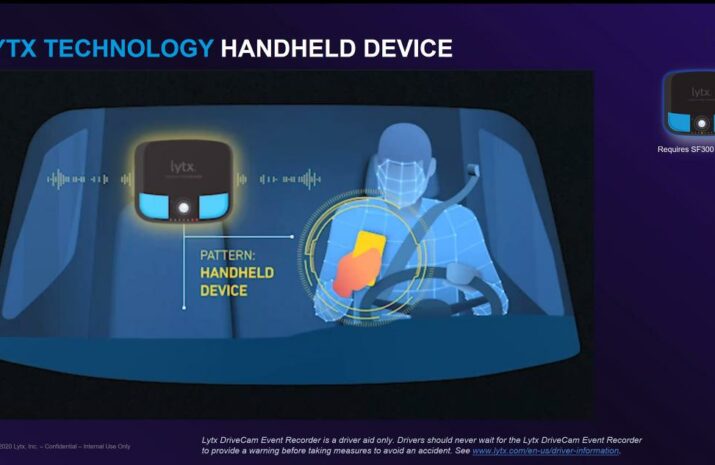