The association, representing independent truckers in the U.S. and Canada, said the proposed rule changes represent a “common sense approach.”

“Truckers have families and want to get home safely just like everyone else. They are the most knowledgeable, highway safety advocates and the agency’s proposal, overall, recognizes that fact,” said Todd Spencer, president of OOIDA.

The newly announced proposed rulemaking includes expanding the short haul air-mile radius from 100 to 150 air miles, extending the short haul duty period from 12 to 14 hours, modifying the 30-minute rest break to only apply after 8 hours driving, the creation of an “adverse driving” provision, the ability to stop the 14-hour clock, and options for drivers to split their sleeper berth time.

“Over the past decade, truck drivers have been more regulated than ever, and more compliant than ever, and yet crashes are going up,” said Spencer. “We have pushed for flexibility in hours -of-service regulations for years, long before the current Administration. We do thank Administrator Ray Martinez for his commitment to the issue and for listening to those that actually drive trucks for a living.”

“There may not be a one-size-fits-all solution, but the proposed changes are a positive start since truckers don’t have any control over their schedules or traffic conditions,” Spencer added. “For too long and too often, they find themselves in unsafe circumstances because of current, overly restrictive rules that decrease highway safety.” 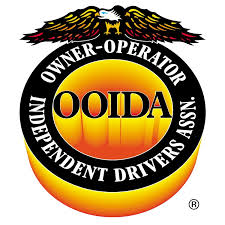