VANCOUVER, Wash. — Pro-Tread, an online training tool for drivers with lessons delivered via smartphone and tablet, celebrated the completion of its seven millionth course recently.

The company says it took just 311 days to go from six million lessons delivered to seven million, averaging 3,215 lessons per day. Ryder has been using the system since 2005.

For helping the company reach its milestone, Ekins will receive a leather jacket and prize basket. 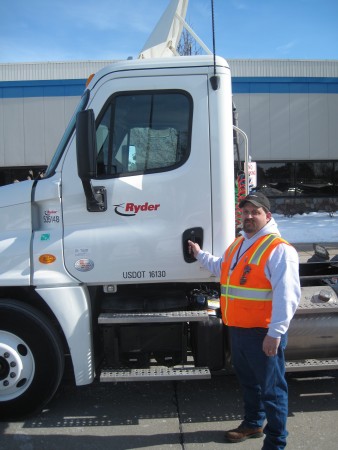