GOTHENBURG, Sweden – With 60% of the world’s population expected to live in cities by 2030, Volvo sees the electrification of its vehicles as a potential solution to worldwide congestion and pollution.

“At Volvo Trucks, we believe with this new electric truck, we are not just launching a new truck model. It’s an opportunity for us to address these challenges,” said Anna Thorden, product manager, electromobility with Volvo. 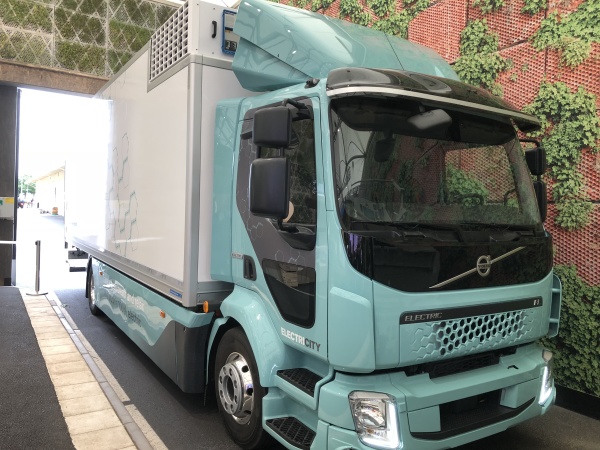 Volvo was showcasing its new FL electric truck at a press event during the Volvo Ocean Race’s Gothenburg stop June 20. Drives along a short route demonstrated a whisper-quiet ride and instantaneous throttle response. The retarder handled braking with little to no brake pedal input required, regenerating the batteries in the process. The two-speed transmission seamlessly shifted from first to second gear, and in some cases the truck can start in second gear, eliminating shifting altogether. Two trucks were available to drive – a waste truck and a refrigerated straight truck.

“We do a lot to reduce noise levels,” said Thorden, citing an electric air compressor and the adoption of technologies from the medical industry which have been adapted to the truck environment.

Volvo trucks and buses share the driveline technologies, meaning the driveline has already been in real-world use since 2015 in bus applications.

Tobias Bergman, product manager for alternative drivelines, said the electric driveline is proving to be more reliable and to require less maintenance than a traditional diesel powertrain. The system consists of one or two electric motors (depending on model), a two-speed transmission, and a battery pack consisting of up to six batteries.

The smaller FL driveline with one electric motor puts out 185 kW, or approximately 250 hp. The larger FE driveline with two motors produces 370 kW, or slightly more than 500 hp. The driveline sits in the middle of the chassis, with the batteries mounted on the sides. A modular power box containing the 24-volt batteries, onboard charger and electronics is packaged in the shape of a diesel engine and located where the engine would normally be. 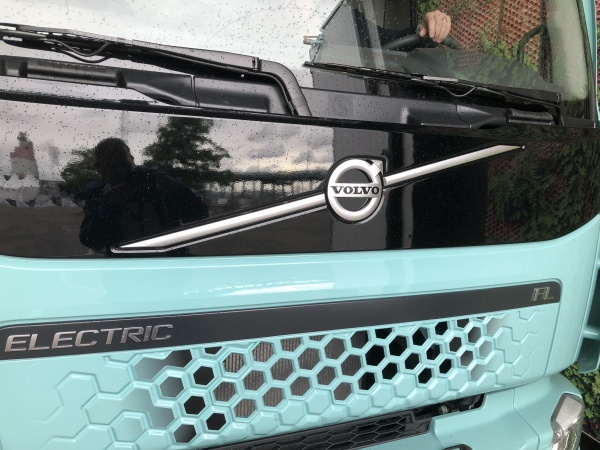 Each battery pack, producing 50 kW hours of power, weighs 520 kgs, so Volvo says it’s vital to work with customers to determine precisely how many batteries they require, to minimize the impact on payload.

The FL has a range of up to 300 kms while the FE can go up to 200 kms, assuming the maximum number of battery banks are installed.

“But range is affected by many different parameters,” noted Thorden.

The FE refuse truck can make two runs collecting 10 tons of garbage on a single charge.

“There is much more to consider than range when investing in an electric truck,” Thorden acknowledged. “Volvo doesn’t want our customers to install more batteries than they need for their specific application.”

Installing four batteries takes away one ton of payload compared to a diesel.

Concerns about battery requirements are not only due to payload limitations, but also because of the environmental impact, Thorden noted. The production of the batteries is the largest economic impact contributed by an electric truck. Also, batteries remain expensive, so a payback can be achieved quicker if fewer batteries are required.

“This is why at Volvo, we have a very flexible energy storage system,” Thorden explained. “On the FL you are able to choose from two batteries for 100 kW hours to six batteries for 300 kW hours…We have had many years of experience from the bus business to optimize the electromobility solution and we can give advice on what charging system to use, how many batteries and so on.” 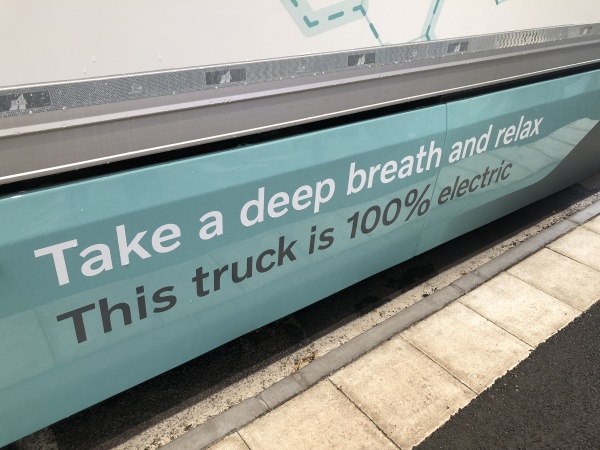 In some applications, trucks can be charged mid-day, for example during the driver’s lunch break.

“We will build together a customer charging station and the driver will get lunch coupons and during lunch we will fast-charge the truck so it can cover a full day of driving,” Thorden said. “We have gained quite a lot of payload by only installing three batteries.”

In refuse applications, the truck can put in a full day’s work and be charged overnight. The charging infrastructure is being expanded, both in Europe and in North America, but at a faster pace overseas. There are 290 charging sites planned in the U.S. by the end of 2019, while in Europe there will be 400 public charging stations by that time, with an average of six charge points per site.

Volvo’s electric trucks will debut commercially in Europe next year, and will be rolled out “segment by segment,” according to Thorden. A North American launch date has yet to be announced. In addition to the advantages seen by fleets, such as improved uptime and lower fuel costs, the world at large will also benefit for the adoption of electric trucks. Cities with poor air quality should see improvements, noted Bergman.

“Clean energy is not the most common, but it’s the cheapest on the market,” he said, citing global spot market prices.

Thorden added electric trucks have significantly lower climate impact than diesel equivalents over their entire life-cycle. Ninety per cent of a diesel truck’s climate impact occurs during use, while the climate impact contributed by an electric truck comes almost entirely during its production. Volvo is looking to further improve this by finding secondary lives for its batteries once they’re no longer effective on the truck.

“We have several projects involved for the second life usage of the battery,” said Thorden, noting 80% of the battery’s energy storage capacity remains when performance in trucking applications begins to deteriorate to the point it must be replaced. In Gothenburg, the batteries are being used to store solar power at a new housing complex once they’re removed from the vehicle.

In addition to reducing air pollution, electric trucks can also help lower noise exposure, which Thorden pointed out has also been proven to have negative health effects on humans living in cities. She said in cities that have a nighttime noise level of 50-55 dB, about 25% of inhabitants suffer from a poor quality of sleep.

An electric FL produces 69 dB of noise compared to a diesel truck that creates 79 dB. To the human ear, that’s half the noise level. Volvo is hopeful the noise reduction will also allow its customers to operate trucks overnight and in early mornings, in cities where truck traffic is currently restricted at such times.

“By doing that, there are some pilot projects in Stockholm that show we could reduce daytime driving of trucks and distribution by 70%. It helps decrease congestion if you allow for nighttime deliveries,” said Bergman. 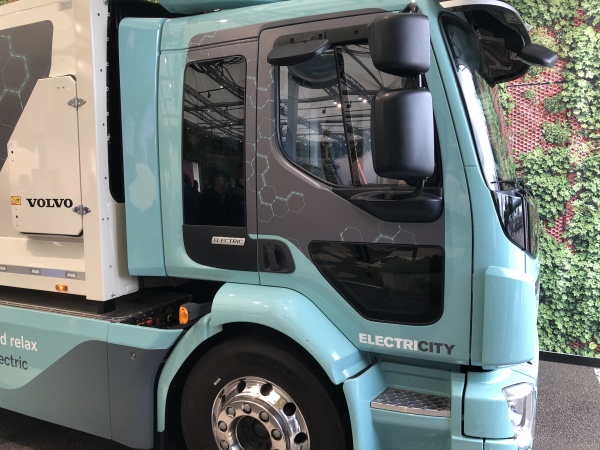