The truck was a Volvo VNL 670 model and it was presented to Watkins & Shepard Trucking, a Volvo Trucks dealer in Missoula, Montana.

Volvo claims that in 2015, I-Shift penetration in North America reached a record 83%.

“When we first introduced the I-Shift, many said that it would not be successful in this market,” said Göran Nyberg, president, Volvo Trucks North America. “Yet thanks to the significant efficiency, performance and productivity benefits the I-Shift delivers to our customers, we’re celebrating the delivery of the 100,000th I-Shift-equipped truck.”

Driver Rick Candler was selected by Watkins & Shepard CEO Ray Kuntz and president Walt Ainsworth to receive the VNL 670 model, because of his nearly 28 years of service with the company. The truck was customized with Candler’s name on the driver’s door, a hand-painted decal recognizing its significance and a one-of-a-kind custom silver shifter.

“We are honoured to accept delivery of the 100,000th I-Shift-equipped truck,” Ainsworth said. “In addition to the efficiency and productivity gains we’ve seen, we’re also finding that the I-Shift makes it easier to hire, train and retain drivers.” 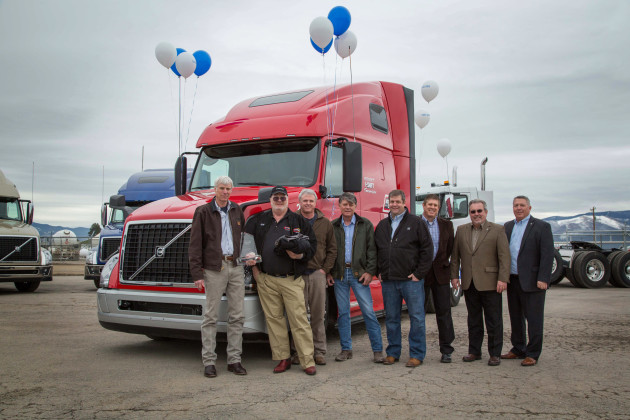