Equipment capacity also dropped slightly in November, down 3% from October but up 38% year-over-year. The equipment-to-load ratio was up, to 3.84, from 3.67 in October, representing a 91% increase year-over-year when the ratio was 2.01 last November. 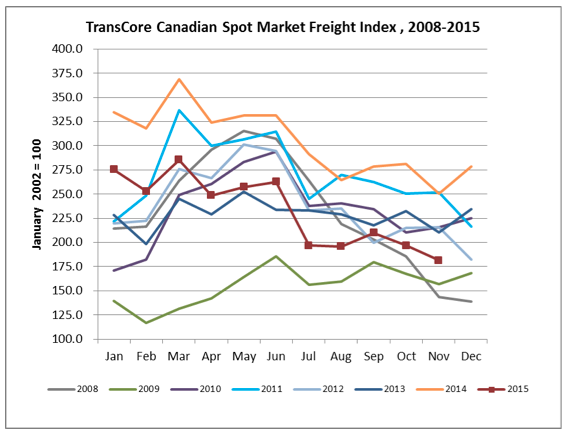