The new oil meets the performance requirements of API CK-4 and API SN, meaning it is formulated to meet 800 parts per million of phosphorus maximum for passenger vehicles by boosting supplemental anti-wear performance. 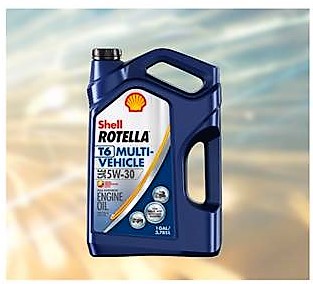 “This is the first Rotella to meet both heavy-duty and passenger car criteria,” said Jason Brown, global technology manager for Shell Lubricants. “No question, period.”

Brown underscored the challenges in developing oil suitable for both heavy-duty and passenger vehicle applications, including the use of performance additives, with heavy-duty varieties containing more anti-wear, dispersant, and detergents to deliver longer oil drain intervals than is required for passenger vehicles.

Brown said there are no indications on the horizon for a new API category for heavy-duty diesel engine oils, but the key drivers that shape today’s specifications would continue – reduced emissions, fuel economy, cost of ownership, engine technology changes, and engine operating conditions.

He did point out that countries such as China and India would be releasing their own engine specifications in 2020 and beyond.

“It’s not like the rest of the world is not coming on,” Brown said, adding that Shell Rotella will meet the demands of those markets, as well as mounting global markets.

Shell Rotella conducted a study in Germany that indicated there will be a 43% increase in total freight, with a surge in trucks on the road from today’s approximate three million to 3.5 million in the next 20 years.

Brown said the majority of heavy-duty applications will continue to be fueled by diesel, as there is currently no other way to move a heavy, long distance haul as quickly and efficiently as it is with diesel. He also said electric light- and medium-duty vehicles will emerge in urban markets, while natural gas will be an option for heavy-duty.

With today’s modern engines designed for fuel economy, lower emissions, reliability, and power, the use of aluminum has forced coolants to go nitrate free, as the chemical, when combined with high flow around aluminum, produces ammonia, which raises PH levels and harms engine components.

The correction fluid is intended to adjust inhibitors to initial levels and avoids the need to drain and refill the entire system. Shell Rotella recommends that customers use the correction fluid once coolant levels are compromised by 20% or more with a foreign coolant. 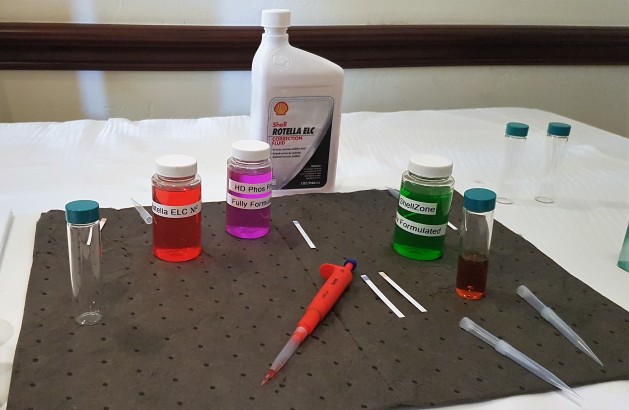 Shell Rotella highlighted several key moments in the company’s past, present, and future during the press event in Santa Barbara.

Megan Pino, Shell Rotella brand manager for Shell Lubricants, pointed to the company’s beginnings in 1971 with its first multi-grade oil, the introduction of triple protection technology in 2006, and the T4 triple protection launch in 2016.

Arcy said a lot has changed since last year’s T4 launch, with new specifications from OEMs and their diesel engines, driven by a desire for reduced emissions and fuel consumption, increased power, and extended equipment life and service intervals.