With the use of ELDs now required by law in the U.S. and the Canadian government announcing in December that we would follow suit by 2020, I think it’s time to examine the idea of paying drivers a yearly salary.

My argument for this is simple, and I think with a more foolproof manner in which HOS is monitored that a salary-based pay model would make sense.

To start, ELDs are not changing the rules around HOS, just the level in which authorities and carriers can monitor them. HOS have always been “regulated” by the government and enforced by commercial vehicle enforcement. ELDs will now make that effort, not failsafe, but closer to it than before. 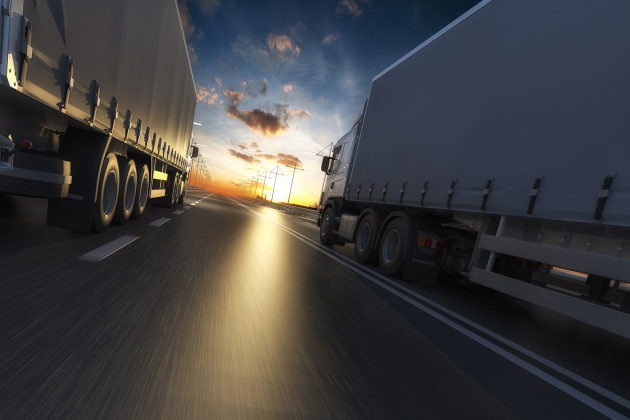 Fudging paper logs was never a difficult task, and though I’m sure this was a practice few took advantage of, it would be naïve to think it didn’t happen.

So now that the U.S. and soon Canada will have a mechanism to better ensure HOS compliance, why can’t carriers pay company drivers (not owner-operators) a salary instead of per mile or hourly?

The gripe behind being paid a salary is with hours worked. Some feel employers can take advantage and force employees to work extra hours and not have to pay them for their service. This is true in some cases. Many of us have had jobs that expected us to put in more than 40 hours a week. But in the trucking world, companies cannot force a driver to work beyond what is legally allowed. The law states (in simple terms, as there are many factors that go into HOS) that a truck driver must have 10 hours off-duty a day and cannot drive after 14 hours on-duty in a day.

Sure, 14 hours is significantly more than eight, but a yearly salary can reflect what the individual driver will be taking on.

Fleets have also voiced how ELDs will “level the playing field,” so this should also make it easier to offer a base salary and not be compromised from a competitive standpoint.

Returning to altering HOS, I ask you this: if a driver was being paid a yearly salary, why would they even want to falsify their HOS? There would be no point monetarily speaking.

Drivers fudge their HOS for two reasons; they were held up by something and need to cover more miles and can’t in their remaining hours, or they want to get home.

The reality with ELDs is that if they work the way they are expected, there will be no getting around your HOS, so the number of hours a driver is in service should be clear to the company they work for.

Companies would also benefit from paying drivers a salary. Budgeting for a group of drivers with a yearly salary is more accurate than by mile or hour.

What about productivity, you ask? Would it suffer if drivers were being paid a yearly salary and knew they’d get the same paycheck regardless?

It could, which is no different than any other industry that offers salary-based pay to employees. A driver’s productivity is easy to monitor in 2018 with all the technology available. Most companies I have talked to are already tracking where their drivers are and when on a daily basis…it’s nothing new. So productivity should not be an issue. And why not offer bonuses to drivers who go above and beyond the call of duty if motivation is a concern?

Oddly enough, there are carriers out there paying drivers a yearly salary. One I spoke to would not go public with that information for fear of pushback from others in the industry.

I’d love to hear your thoughts as to why this is the case.