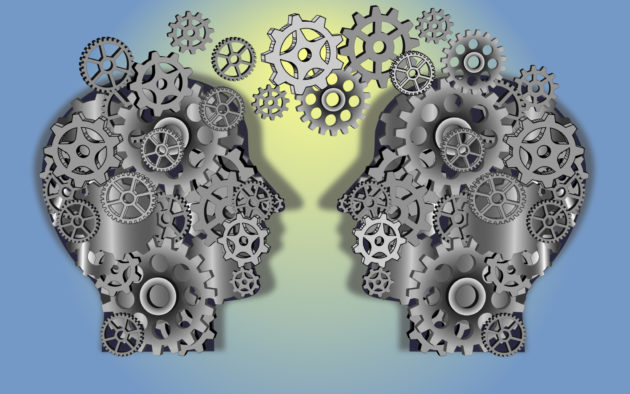 The mental health of truck drivers remains one of my biggest concerns. Ten years ago, I first wrote about what I thought was a monster issue hiding just below the surface of daily trucking life. “Hiding” was the key word there, and it still is.

Are we making progress? Yes, but there’s much more to do.

I’ve written about this a few times since, including a discussion of Seasonal Affective Disorder (SAD). And I’d bet my next paycheque that it’s hardly known at all, though I think it’s universally recognized. If that seems like a contradiction… well, it is. SAD, you see, is what we normally dismiss as the simple winter blues. I get them, you get them, pretty much everyone in Canada does. For about 5% of us, it’s no simple down mood. (Online columnist Andrea Morley wrote about it recently in Feeling blue? It could be SAD.

Given the kind of stress that drivers and owner-operators face these days, mental health issues can readily go to the extreme – thoughts of suicide, and sometimes the actual act. Farmers increasingly face exactly the same illness due to the extraordinary stress of financial woes and capricious weather that defies prediction but can ruin a crop. University students face wild pressures too, and suicide has been the result all too often in recent years. They aren’t the only groups suffering, of course, though they seem more likely to suffer than the general population. That’s definitely true for the people of trucking.

There are some common threads here, sadly. One is that men are more likely to kill themselves than women, partly because they have an awful time acknowledging any mental illness, let alone talking about it openly. That dumb pride is a factor in an untold number of cases, and I’d guess that truckers and farmers are champions in those terms. Tough guys don’t give in, do they?

But even if they were to seek help, the other common thread is that they’d quickly see a marked lack of resources – and even a lot of ignorance – in doctors’ offices and even hospitals. The average general practitioner can deal with measles just fine, but mental illness is a very distinct discipline that medical schools don’t routinely cover. Counselors are rare as hen’s teeth in smaller or rural communities, and even in cities they’re so overworked that the waiting list can easily be a year long.

By way of a recent poll done by Nanos Research for the Mental Health Commission of Canada (MHCC), Canadians see an urgent need for mental health reform. More than three-quarters of respondents say mental health is an important policy priority, and nearly nine in 10 want increased funding and access to services. As well, more than half of Canadians report that they, or someone they know, have experienced delays in accessing services. This is serious and then some.

Happily, some trucking associations and Trucking HR Canada have been running seminars and workshops on the subject in recent years, and the Mental Health Commission of Canada has created a training program called “The Working Mind”, which was first put into action by the Nova Scotia Trucking Safety Association. It’s described as “an evidence-based program designed to promote mental health and reduce the stigma around mental illness in the workplace.”

There are three versions of the program: one for trainers (five days), one for managers/supervisors (eight hours), one for employees/frontline staff (four hours).

I’d urge fleet owners and managers to take a close look at what’s on offer here. The need is clear, and any step forward is a good one.