TORONTO, Ont. — Professional drivers working for the Best Fleets to Drive For made more money on fewer miles last year.

That’s one of the trends identified through the evaluation process conducted by CarriersEdge while administering the Truckload Carriers Association’s Best Fleets to Drive For competition.

When surveying the 2015 Best Fleets drivers, organizers found they earned an average income of $56,330 while running an average of 111,784 miles for an average rate of 50.39 cents per mile. 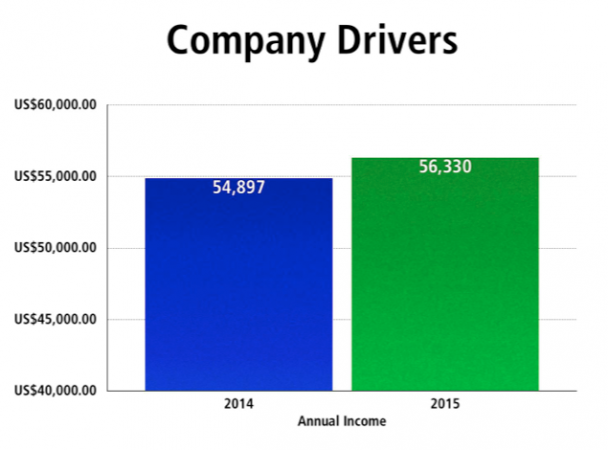 “Company drivers’ average annual income was up about 2.61% and their miles were down 3.59%, so they are making more money and running fewer miles,” concluded CarriersEdge president Mark Murrell, who hosted the first in a series of Webinars yesterday that examined trends and best practices that emerged during the Best Fleets to Drive For evaluation process. “If we look at it differently and break it out to an average rate per mile, their rate per mile has gone up about 6.5%, which is pretty nice.” 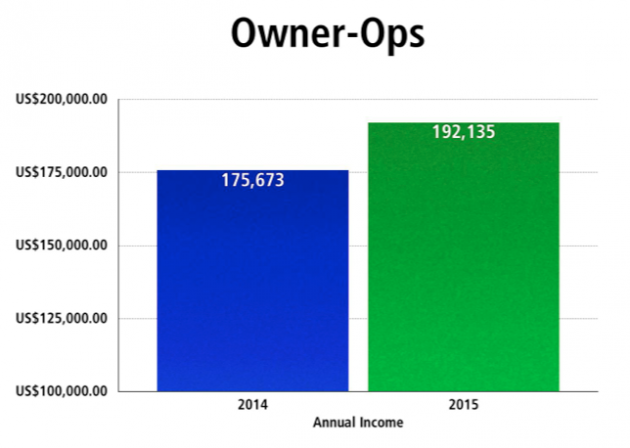 “Much like company drivers, if they had kept their miles the same as the previous year, they would’ve seen fairly dramatic income increases, but they didn’t,” Murrell said. “Which leads to the question, why?”

Murrell speculated the implementation of more restrictive driver hours-of-service in the US, which went into effect in the summer of 2013 – and were fully reflected for the first time in the 2015 program year – could’ve played a role. It’s also possible drivers were taking advantage of pay increases to simply work less while maintaining their current income levels. Whatever the reason, they didn’t seem to mind.

Another trend that appeared this year was the emergence of guaranteed pay among some of the Best Fleets winners. As many as six of the top 20 fleets in the program were offering some form of guaranteed pay or minimum miles.

Examples include: Nussbaum, which offered a guaranteed weekly minimum of $1,050; Boyle Transportation, which promises 5,000 miles over five days or 5,500 miles over six days (team operations); Motor Carrier Service, which offers a daily minimum of 500 miles; and Veriha Trucking, which has a tiered program that guarantees between $900 and $1,125 per week.

“Fleets that are doing it get very good marks from drivers for that,” Murrell said.

Check back at Trucknews.com soon for more highlights from the Best Fleets to Drive For Webinar. Or, you can register for free to call in to one of the upcoming Webinars or in-person seminars.

Here are the dates:

The live seminars will run from 9 a.m. till noon and will include refreshments. The Webinars will go from 1 p.m. till 3:30 p.m. Admission is free but advance registration is required. You can call Thomas at 905-530-2430 or e-mail info@carriersedge.com to register.