The Mississauga stop marked the five of six regional events held this year. 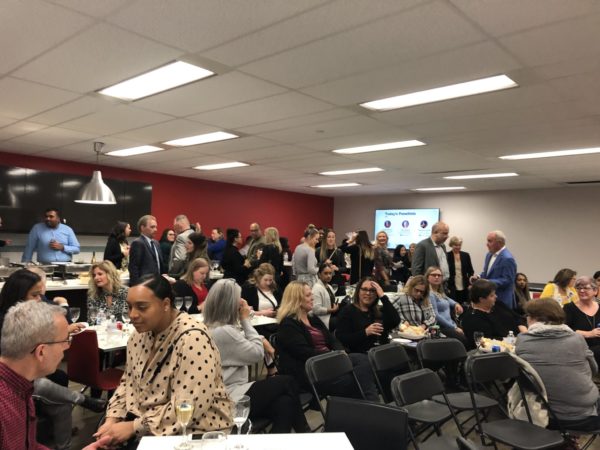 About 130 guests attended the latest Women with Drive regional event.

“We embarked on these regional initiatives because we were hearing from industry that they wanted to see us do more of these types of events,” explained Angela Splinter, CEO of Trucking HR Canada. A panel discussion was held featuring: Tracy Clayson, director of client development with In Transit Personnel; Stephanie Carruth, research and development with ONE For Freight; and Claudia Milicevic, general manager, TransCore.

Asked about the key to achieving success in business as a woman, Milicevic urged those in attendance to network and attend industry events. This was initially difficult for her, as she says she’s an introvert.

“I forced myself to go to events by myself. I would walk into a room, and oftentimes it was successful business leaders and a predominantly mature male audience,” she said. “I was petrified…Not once was I told it was a requirement of my job. I did it because I felt that’s what I had to do.”

Eventually, Milicevic developed the courage to participate more in those organizations, culminating in her becoming just the second female president of the Toronto Transportation Club. The networking paid off as she developed business relationships and found mentors in the industry. She said she was driven by a fear of failure. 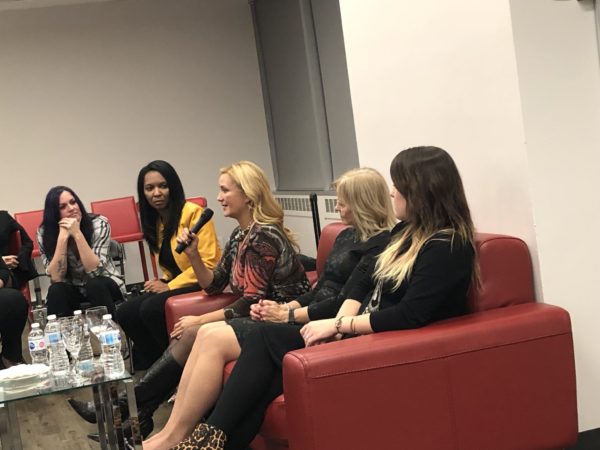 “I thought, if I didn’t go, someone else would. They would win and I would lose,” she said.

“No one is going to open that door for you,” agreed Clayson.

For Carruth, coming from an extensive academic background, joining private industry was an eye-opener. She quickly learned she had to earn her acceptance.

“Moving into private industry, I think I walked in expecting I did all this work in academia and I expected to get respect immediately. I couldn’t have been more wrong about that. I was starting fresh. Nobody had any business understanding what I was capable of and I had to prove myself all over again,” Carruth said.

This meant admitting she didn’t have all the answers and developing the courage to seek out the answers when needed. To help with her professional growth, Carruth has been active with the Ontario Trucking Association and its programs for young leaders.

Milicevic urged women in the room to be more confident and to go after their professional objectives.

“Women, sometimes, should be far more confident than they are,” she said. “They often won’t ask for what they want. They will do their job and hope someone notices. Men will make sure someone notices.”

“We create our own barriers,” agreed Carruth, noting this is true even in academia, where women are less likely to cite their own work.

Mentorship is also key to success. “I have collected mentors,” said Clayson, who now consciously gives back that knowledge she has collected, by mentoring others.

Asked which woman has inspired the panelists the most, it was unanimous: Mom. Carruth added her grandmother and nana to the list.

“My mother was somebody who would always tell me the truth, whether I wanted to hear it or not,” Carruth said.