TORONTO, Ont. — It’s been a long time coming, but the province of Ontario has announced it will allow full-length trailer tails, making it the first province to do so.

The province announced it has begun a deffered enforcement program, allowing fleets to use full-length trailer tails in Ontario until legislation can be changed to permanently allow their use. The program went into effect Aug. 11 and covers trailer tails up to five feet in length.

“ATDynamics has worked with Canadian regulators since 2009 to amend the commercial vehicle weight and dimension regulations to allow maximum efficiency boat tail technologies to operate in Canada,” said Andrew Smith, CEO of ATDynamics. “We are thrilled that the regulatory hurdles have been overcome and that we can now provide fleets with the highest efficiency trailers in the industry.” 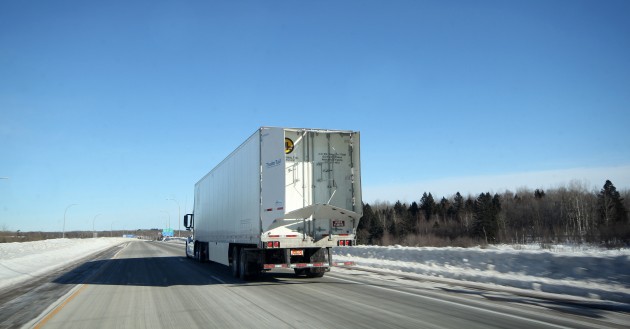 In December 2013, Transport Canada amended the Motor Vehicle Safety Act to allow the use of boat tail devices up to five feet long on Canadian highways, but each province must then modify its own regulations to allow them.

Ontario’s Ministry of Transportation told ATDynamics, “The fuel savings (estimated by the National Research Council as being up to 5%) and the associated reduction of greenhouse gas (GHG) emissions are too significant to ignore or be postponed until there is an appropriate opportunity to amend the regulation.”

In the US, more than 30,000 TrailerTails have been deployed, collectively running more than two billion miles, ATDynamics reports. The company estimates that if every Canadian truck pulled a trailer equipped with tails, the industry would reduce its fuel consumption by 63 million gallons each year and would save about $3 billion over the next decade.

The company is now hoping other provinces will follow Ontario’s lead.

“Until all the provinces adopt a similar program as Ontario, motor carriers hauling freight in those provinces will be operating at a 5% cost disadvantage as compared to fleets utilizing their TrailerTails in Ontario, not to mention the environmental and air quality benefits lost in each province,” said Al Smith, director of North American sales and Canadian operations at ATDynamics. “TrailerTail installations will begin on Ontario-based trucking fleets immediately.”

The company says its trailer tails can be installed on a semi-trailer in less than 45 minutes. It deploys automatically once highway speeds are reached.

The devices have continued to gain popularity in the US. ATDynamics recently reported it has sold the product to more than 150 fleets in the first half of 2014, bringing the total number of fleets now using the system to nearly 500. More than half of the trailer tails sold today are of the AutoDeploy variety, which extend on their own when the vehicle reaches 35 mph. An in-cab warning light notifies drivers if they are reversing with the tails extended.