ARLINGTON, Va. – U.S. for-hire truck tonnage remained volatile in August, dropping 3.2% on the heels of a 6.2% gain in July, according to the American Trucking Associations (ATA).

The For-Hire Truck Tonnage Index was up 4.1% year-over-year and year-to-date was 4.3% stronger than the same period in 2018.

“The large swings continued in August, but the good news is the trend line is still up,” said ATA chief economist Bob Costello. “While there is concern over economic growth, truck tonnage shows that it is unlikely that the economy is slipping into a recession. It is important to note that ATA’s tonnage data is dominated by contract freight, which is performing significantly better than the plunge in spot market freight this year.” 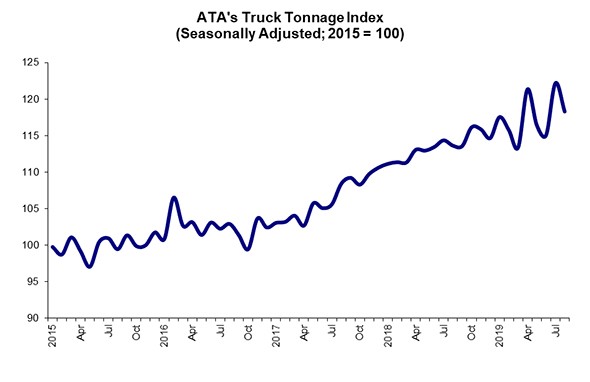