Hino has become the latest OEM to embrace Cummins power, announcing that it will offer Cummins B6.7 and L9 engines in its L and XL Series trucks.

Hino formally paused its North American truck production during a December board meeting, noting it faced challenges with the U.S. engine certification testing process for new model years of the A09C, J08E, and J05E Hino engines.

Hino Motors Canada (HMC) will also offer Cummins B6.7 engines in Hino’s L-Series model by the end of 2021 and Cummins L9 engines in the Hino XL-Series models in early 2022.

“We are excited to offer Cummins’ proven B6.7 and L9 engines,” said HMC’s Mark Lorentz, vice-president of sales. “The Cummins engines, known for reliability, performance and durability are an excellent addition to compliment the Hino conventional cab truck, also known for being strong, reliable and durable.”

HMC will begin production of Cummins-powered trucks at the Woodstock plant in October 2021.

Initial low-volume production of Hino’s battery-electric trucks, meanwhile, is expected to come in the fourth quarter of 2022, with full production to come online by 2023.

“Our industry is in the midst of a generational shift from traditional vehicles to zero-emission vehicles,” says Hino senior vice-president of customer experience Glenn Ellis. “This new partnership is in line with the recent shift we have seen among other OEMs who are looking to strong industry partners to help offset their growing R&D investments into new ZEVs.”

Both Isuzu and Daimler recently announced that Cummins will produce medium-duty engines for some of their respective products. Cummins and Navistar International also extended a long-term supply deal through the next two emissions cycles.

“Hino and Cummins will continue to evaluate additional opportunities to collaborate on powertrain strategies in the future,” the company says in a release.

Isuzu Commercial Truck previously announced that it will be using the Cummins B6.7 engine as part of a push to support Class 6 and 7 applications. It also announced plans to integrate the engine into Isuzu chassis to meet Japanese emission regulations.

Daimler Trucks AG and Cummins, meanwhile, have established a Memorandum of Understanding that will see Cummins establish an engine plant within the Daimler Trucks and Buses Mercedes-Benz campus in Mannheim, Germany – as part of a plan to meet Euro VII European emissions standards. Cummins will eventually become Daimler’s worldwide medium-duty engine provider. 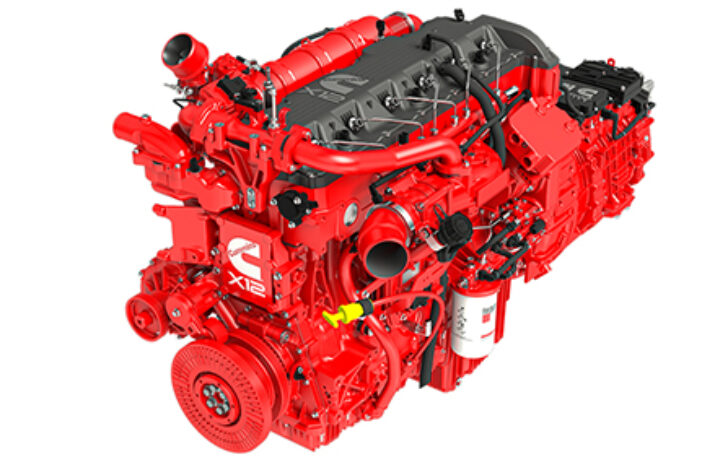