CLIFFORD, Ont. — About 275 classic trucks rolled into Clifford, Ont.’s Rotary Park over the weekend and if they could talk, oh, the stories they could tell.

It was the sixth annual truck show hosted by the Great Lakes Truck Club and it brought together truck enthusiasts from all over Ontario and beyond. It was the biggest turnout yet for the event, easily surpassing last year’s display of 210 classic rigs, according to club president Chris Hall. 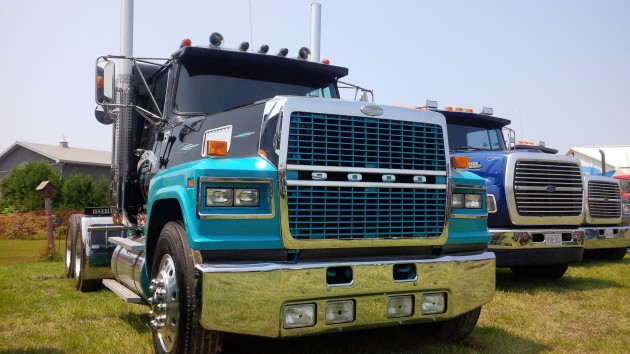 New this year was the International Harvester Corral, which housed a collection of classic Internationals, including several from Erb Transport and renowned collector George Tackaberry.

There was also a strong contingent of cabovers, something Hall said has become an emerging trend.

“There’s been a huge resurgence in the old trucks, and it’s really nice to see the younger generation getting into the older trucks,” Hall said. “Especially the cabovers. Cabovers in Ontario are making quite the comeback.”

One thing you won’t see at the Clifford Truck Show are modern slippery trucks.

“We don’t push aero trucks,” Hall said. “Anyone that comes out, you have to have an interest in trucking, and you need exposed air cleaners and exposed stacks to get through the gate here.”

Visitors, however, could walk the show for a mere $5 and hundreds did so over the weekend. To show a truck cost just $25. 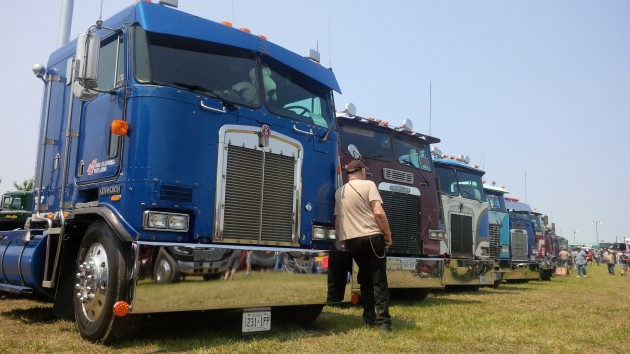 There are no awards. No Best in Show. No cash prizes. No winners and losers. However, I just couldn’t help myself – I had to pick a favourite and highlight it here. The truck that caught my eye more than any other this year was Steve Constantin’s meticulously restored 1980 International Transtar.

I asked the Hamilton native to describe his truck for me. Here is his story, in his own words:

I bought this truck from Nebraska in 2007 and I’ve been working on it since. It’s basically done now, from top to bottom, inside and out. It was in reasonable shape when I got it. It has been totally gutted and put back together, but it was in good shape. That’s why I got it from Nebraska – no rust.

It’s got a Big Cam 1 400 Cummins, which I wanted, totally rebuilt. Eaton 13 overdrive transmission, totally rebuilt. Dana rear ends. It had 4.44s in it but I put in 3.73s. Basically, the interior is brand new.

Why International? I grew up basically right around the corner from the International Harvester truck garage in Hamilton on Burlington St. and started hanging around there at 10 years old. I got a part-time job washing the Scouts on the used truck lot and the mechanics let me hang around the shop at nighttime. The name on the back of the truck is ‘Duke,’ because there was a mechanic there, John van Goethem, who is service manager of Altruck in Hamilton now and he helped me out. That was his nickname, Duke. 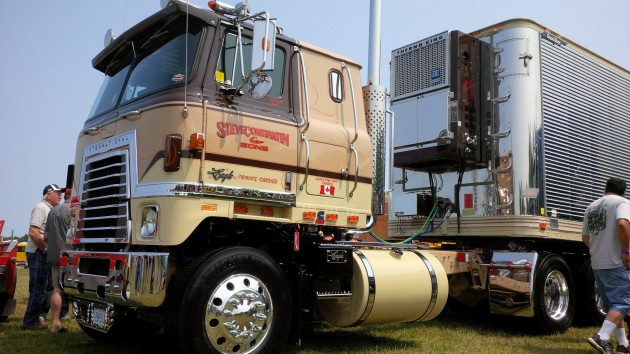 The trailer is brand new. It’s a 1979, but it has never been used. I bought it four years ago in Virginia. I bought it off a coal miner’s son. His father made a lot of money and had a big collection in a warehouse of cars, antique furniture – and he had this trailer with a Kenworth cabover hooked up to it. The father passed away and everything got auctioned off. As soon as I saw it posted, I wired the son the money the next day.