There’s a new Cat truck and this one has a face only a mother could love. But that was by design, Cat officials said at a ride-and-drive attended by Fleet Executive editor Carolyn Gruske. She filed this report and indicated Cat’s customers wanted a functional, durable and simple design. 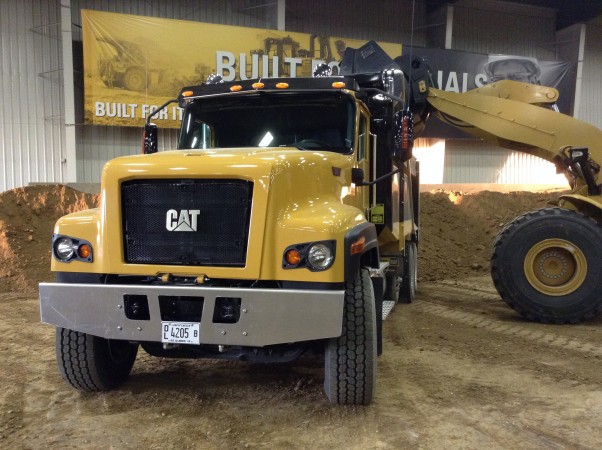 No more brushed aluminum grille surround or snazzy headlights. This is a truck built to work and who cares what it looks like? (Of course, there are some truck fans who prefer the boxy-styled design of years gone by, a look that the CT681 harkens back to).

The introduction of the CT681 reaffirms Cat’s commitment to the Class 8 truck segment. It hasn’t been easy going for Caterpillar since it launched its CT660 in 2011. It partnered with Navistar to build the truck and soon after, Navistar dropped plans to develop a 15-litre engine that had been in the works. And then, Cat trucks became saddled with the reliability issues that plagued the 13-litre MaxxForce before Navistar made the switch to SCR. Still, Cat and Navistar have remained friends. The partnership is still intact and those reliability issues appear to be in the past now that SCR has been successfully rolled out across the MaxxForce engine line.

It’s been a rocky road for Cat as it attempts to gain a foothold in the competitive vocational truck market, but with the launch of the CT681, it seems clear the company is ready to double down rather than walk away.