For years, I’ve argued for much higher pay for drivers and owner-operators. It seems a stupid argument for a small business owner to make, but at least you know my intentions are genuine. Financially successful employees are easier to work with, and tend to refer more of the best people. There are probably readers who learned of a recent development before me, hopefully not first-hand. I don’t travel in the right circles to get the best gossip early.

I’ve recently learned that at more than one ‘successful’ company, owner-operator pay rates are being reduced. Some poor souls are even being hit with a double insult. Our company has almost always paid by percentage, which usually works fairly, as long as your freight rates stay current. Some operators though, are not only paid percentage on declining rates, but seeing their percentage lowered. Whether percentage or mileage, I’m hearing about 5-20% reductions. You’re likely bracing yourself for me to fill the remainder of this page with an angry condemnation of any carrier that would do such a thing, but this time, it’s not going to happen. 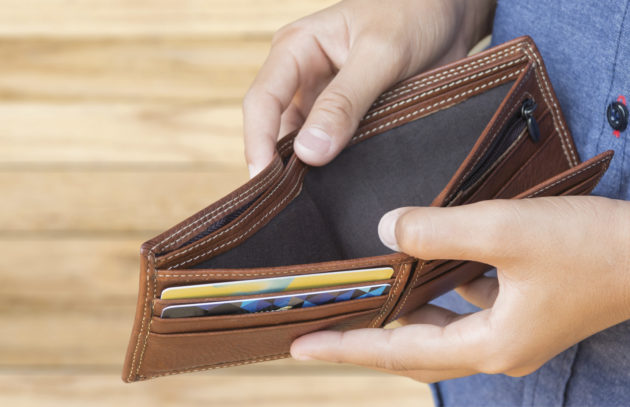 Such companies, specifically the management behind them, are apparently completely shameless, so combating their lack of integrity is hopeless. The pride involved in conducting business in a mutually beneficial manner should be obvious. I still consider it hypocritical to panic over a shortage of quality drivers while extending every effort towards making it worse.

Instead, I’ve prepared for the barrage of angry e-mails that I’ll receive for this column. I just ask that you read the column completely, and thoroughly, then, think about it for a while. If you still feel obligated to blast me, have at it. I’m pointing the finger where it belongs in this ongoing pay issue: at you, the owner-operator and driver. Compare this pay reduction catastrophe to a trip to the local grocery store. You discover that butter is $8 a pound. You’ll angrily protest to the manager, who will pass the buck, blaming supply and demand.

Your family still has to eat, so if after a week of protest there is no reduction in sales, the higher prices will become permanent and other stores will follow suit, because you’re still buying. Are you making the connection?

I guarantee that the first companies to lower rates heard complaints, accompanied by hardly any resignations.

Few truck drivers or owner-operators claim to be content with their pay and/or home time. Then why do you bitch about a job you have no intention of leaving?

There are still very good paying jobs available, yet the fleets offering those jobs see recruiting results that are no better than the low-payers. Any good manager will listen to endless griping if he knows you’re just venting, and tomorrow you’ll still be on the job. When the griping is accompanied by mass resignations, rates may come up.

As long as most seats are full, nothing will change. Maybe yards full of parked trucks would make this point, because nothing else has. The local job ads show a huge need for local, day trip drivers, eight good paying positions in my small area alone. Factor in the absence of on-road expenses, and you might break even on net earnings while sending a message. Or, continue to lower your own standard of living, extend your retirement age and support the trucking company that’s getting larger by cutting rates, subsidized by you. If current average revenues weren’t degrading enough, lowering them further certainly is.

Nobody will disagree that trucking should be considered a skilled trade. We utilize a skill set that not everybody can attain. Ultimately, I’m just asking employers to be as good as their word. If they feel this is a skilled trade, prove it. I don’t know of any mechanics, millwrights, or plumbers earning the same or less than 10 years ago, do you?

Bill Cameron and his wife Nancy own and operate Parks Transportation, a four-truck flatdeck trucking company. Bill can be reached at williamcameron.bc@gmail.com.