Mercedes-Benz has a new cargo van, which it says has been right-sized for urban environments. The Metris, based on the European Vito, fills a gap in the marketplace. It’s a full-sized commercial van that’s garageable and maneuverable for urban environments, yet still has enough space between the wheel wells to place a pallet. 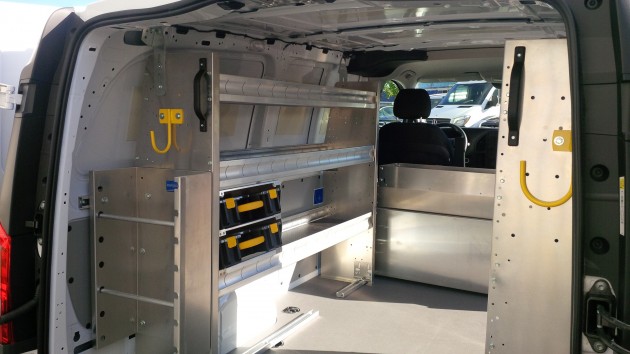 It’s cargo capacity is greater than that of small cargo vans such as the Ford Transit Connect but is more manageable in the city than the supersized Sprinter.

I drove the van from Mercedes’ training centre near Pearson airport, downtown to the Four Seasons and then up to Uxbridge before returning to Mississauga. The van is well appointed, as you’d expect from a Mercedes. It’s comfortable to drive and comes with all the safety systems Mercedes offers on the Sprinter.

An optional partition is integrated into the seats, providing under-seat storage. This extra storage space is great for storing longer items such as a ladder or lumber.

There’s a theory out there among contractors that showing up at a job site with a Mercedes would be bad form, causing customers to wonder if they’re being overcharged by their Mercedes-driving contractor. I’ve never subscribed to that theory. Personally, I want to hire the contractor who drives a Mercedes to the job site. It’s a symbol of success and you don’t become a successful contractor by ripping people off.

I’ll have much more info on the Metris on Trucknews.com later this week.