October 1, 2008
Trying to keep my truck from dropping off the shoulder, all I could do was watch helplessly as the trailer's tail lights diminished into the distance, my heart racing and my head steaming with anger. 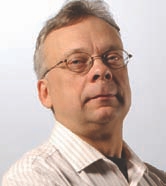 Trying to keep my truck from dropping off the shoulder, all I could do was watch helplessly as the trailer’s tail lights diminished into the distance, my heart racing and my head steaming with anger.

A few minutes before, everything had been going along swimmingly. It was a beautiful moonless night, very little traffic on the 401 at one in the morning somewhere between Brockville and Kingston, Ont.

A tractor-trailer had pulled out to pass and I thought nothing of it. He was slowly gaining on me, but about halfway past he suddenly put his right signal on.

The thought struck me immediately: he’s coming over and he’s going to take out my driver’s side. I stood on the brakes while swerving violently. Time slowed almost to a standstill as I gripped the wheel and waited for a collision. Somehow, the corner of his trailer just missed clipping my front end by millimetres.

I could only get a couple of numbers off his trailer. My truck only goes 100 km/h and he was probably doing 105. Nothing I could do but watch him disappear down the road while I flashed my high beams and fumed.

That would have been the end of the story except about 20 minutes later I see him pulling into the westbound Gananoque scales, which are closed as usual that time in the morning. I couldn’t just let this thing go; it was gnawing at my insides. I had to find out why he tried to run me into the rhubarb.

I pulled over past the scales and backed up. Let me tell you, I was feeling plenty of anxiety as I approached his window.

The laws of physics are predictable, but human beings are another thing. You can accurately predict how long it will take you to stop at a certain speed, but when it comes to human behaviour, anything is possible.

He opened the window a crack. “You almost killed me back there,” I told him. “What’s your problem?”

He was only a young man, late 20s, probably driving a broker’s truck, and evidently a new Canadian with limited abilities in English. “You…was…back?”

“Why did you cut me off?” I asked. He replied with a sheepish smile and rolled up the window. Still fuming and shaking, I walked back to my truck after memorizing the licence plate.

There’s a pretty good Tim Horton’s in Gananoque south of the casino. I know a few drivers who stop there and who switch in the No Frills parking lot at night. My colleague James Parrish was at the counter. He suggested that I “shake it off and let it go. I have close calls out there all the time.”

“Yeah, but this was outrageous,” I replied.

Nothing to do but call the OPP from the phone booth (I’m one of those dinosaurs who refuses to get a cell phone). A receptionist answered and took down the information.

Otherwise, the complaint is at least registered in a data bank.

At any rate I didn’t hear back from them.

The next morning I waited until 10 a. m. and called the company the driver worked for.

The dispatcher promised to forward my concerns, and about a week later I got a call from the owner.

He operates a small-to medium- sized fleet that primarily runs the 401 between Dorval and Toronto. I went over the details again and he said he would speak to the driver.

Surprise! A few hours later, I got a call from the driver himself. “Why you call my boss?”

“Because you’re a bad driver.”

So I have to admit to having

mixed feelings about this episode. I never did find out why he cut me off and an apology in broken English would have been enough. But I certainly didn’t want to get him fired.

And the owner should not have given out my phone number, but he clearly had a duty to investigate my complaint.

Here’s how a professional safety manager would have handled the situation: “Usually it’s a motorist calling in about something a truck driver has done, but we have to take every complaint seriously,” says Francois Rochon, safety preventionist for Robert Transport in Boucherville, Que.

Rochon takes a detailed report from the offended party and then approaches the driver to get his/her side of the incident.

“If a driver admits to making a mistake and it’s the first complaint, we advise them to try better in the future. After all, they’re driving a 53-foot business card. If another complaint is received, there could be disciplinary action.

“Someone usually calls in because they think the situation is serious,” adds Rochon. “Sometimes it’s as a result of something the car driver has done and a lack of understanding of how trucks operate. Other times it’s impossible to determine fault. But we are obligated to investigate every complaint and give them feedback if they want it. And we would never give out their phone number.”

Informing management on another driver is never easy. I think in 30 years of trucking this is maybe the only time I’ve gone this far.

Though I can recall getting written up once myself, for allegedly passing recklessly on the inside lane on the 417 in Ottawa.

It should never be done frivolously, but if you are going to call in on a driver you should do it in a professional manner, providing accurate details while remaining respectful and articulate.

I’m still not sure if I did the right thing in this case and I’d like to hear from you.

When is it ethical to drop the dime on a fellow driver, and what’s the best way to go about it? E-mail me at hrudolfs@rogers.com.

-Harry Rudolfs is a full-time professional driver and on-road editor for Truck News.