June 1, 2006
Over the past several years, US Customs and Border Protection (CBP) officials have been working with the trade community on both sides of the border on the development of the ACE (Automated Commercial... 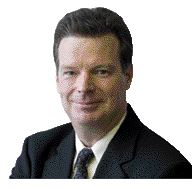 Over the past several years, US Customs and Border Protection (CBP) officials have been working with the trade community on both sides of the border on the development of the ACE (Automated Commercial Environment) truck manifest. At first glance, this would seem like a pretty mundane project, of interest only to those immersed in the often arcane world of Customs.

However, the reality is that ACE, perhaps more than any of the measures introduced by CBP in recent years will be of fundamental importance to the way carriers move goods into the US.

Those who are not actively preparing themselves now could find themselves out in the cold, or should I say on the northern side of the 49th parallel looking in.

First, a little background: The ACE program represents a major overhaul of the systems and processes used by CBP to handle the hundreds of millions of cross-border transactions it deals with annually.

It is a multi-year, multi-billion dollar project aimed at modernizing the way CBP deals with the trade community – not just trucking companies, but other parties as well, including importers, brokers, and carriers in all modes of transport.

The ACE truck manifest is just one component of this major modernization effort. And, let there be no mistake, modernization is long overdue.

For years, CBP has received manifest data from carriers in rail, air and sea through electronic means, but trucking lagged behind. While steps had been taken towards the reform of paper-based processes – some of you will be familiar with the National Customs Automated Prototype or NCAP – trucking relied heavily on paper.

Drivers would show up at the border with wads of documents, and be directed to report to brokers, where entries would be filed and release obtained.

The Pre-Arrival Processing System, or PAPS, represented a step forward, but carriers still had to fax paper to a broker, and then show up at the primary inspection line at Customs and present bar-coded papers to the officer.

If everything checked out, and the driver didn’t have too many shipments on-board, he was on his way.

Otherwise, it was “park your truck and see the broker.” It’s probably safe to say that the world’s largest trading relationship, which relies on trucking more than any other mode of transport, has been functioning in spite of, rather than because of, this seemingly archaic system.

While it is a common practice to see Sept. 11, 2001, as the starting point for the myriad of new requirements and processes at the border – everything from C-TPAT, to the Bioterrorism Act, to FAST and beyond – it would be a mistake to believe the truck manifest component of ACE was spawned by the tragic events of that day.

In fact, US Customs modernization had begun long before, in response to NAFTA.

What did come directly out of 9/11 was the requirement for advance cargo information under the US Trade Act, which made the electronic truck manifest all the more important.

So where do we stand today in the roll out of ACE?

It can be said with certainty that testing of the ACE truck manifest began over a year ago at the Blaine, Wash. port, and has now spread to other locations such as Pembina, North Dakota, Detroit and Port Huron, Michigan, as well as several locations along the US/Mexico border.

We have every indication that some time this fall, use of the truck manifest will become mandatory, first at Blaine and nearby ports, and then at other locations, until it has been fully rolled out sometime in 2007. The key questions for carriers at this point are whether the system works, and how they will go about complying.

As far as the first question goes, there is no doubt that CBP is still working through a series of technical fixes identified by carriers during the testing phase.

Everything is not yet working to the full satisfaction of carriers or CBP, a point they freely acknowledge.

A series of improvements is planned to take place between now and June, and as more carriers get on-board, ACE client representatives are bringing additional issues forward.

For now, we must take CBP at its word when it says ACE will not become mandatory until it is ready.

As for how carriers will comply, well, some already are. Electronic truck manifests are being sent and goods cleared every day using ACE.

But for those who have yet to dip their toe in the water, there will be three choices: use the ACE Web portal, which is available free to any carrier who signs up for an account; establish a direct EDI (Electronic Data Interchange) link to CBP; or rely on the services of a third party who will accept your data in just about any format and convey it on your behalf – for a fee – to CBP.

There is no pat answer to the question of what will work best. This is a business decision that each carrier will have to make, based on its own unique circumstances.

Which brings me around to the subtitle of this article, “Prepare Now, or Pay the Price.”

The trucking industry is, at the present time, in a bit of a conundrum.

On the one hand we know that the ACE truck manifest is subject to further technical refinements, and a drop-dead date for mandatory compliance has not been announced. So some carriers have been hedging. On the other hand, all signals point to CBP introducing technical refinements in the coming months, and publishing an announcement on mandatory compliance.

It is not my place to tell carriers what to do, but from where I sit it would seem like getting engaged now is the prudent way to go. Moving to ACE truck manifest will take time, money and effort – those who are in the process will attest to that. But, the longer you delay, the greater the chance that one of your competitors will pass you by.

– David Bradley is president of the Ontario Trucking Association and chief executive officer of the Canadian Trucking Alliance.