Law & The Border: Limiting tax exposure in the U.S.

December 1, 2005
It's bad enough that Canadian motor carriers are subject to state taxation in the United States, but it is even worse when the carrier pays more tax than it should. When reporting U.S. income, make su... 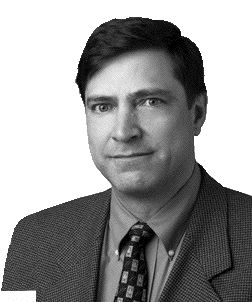 It’s bad enough that Canadian motor carriers are subject to state taxation in the United States, but it is even worse when the carrier pays more tax than it should. When reporting U.S. income, make sure the report does not include income sources that are irrelevant to the U.S. tax base.

Last month we wrote about freight brokers and freight forwarders and the need to have U.S. operating authority.

Many carriers operate trucks on the road, but also engage in brokerage activities.

It may very well be permissible to exclude net income from brokerage operations from any calculation of taxes payable in the United States.

Net income from other ancillary business operations may be excludable, as well.

Under NAFTA and previous U.S.-Canada tax treaties, the international transportation activities of Canadian motor carriers are exempt from income tax at the federal level.

The same is not true for the individual states.

Companies having a sufficient in-state connection or “nexus” with the state are subject to state taxation.

Every state has developed its own nexus standards, but most states operate on the basis of a minimum number of pickups or deliveries in the state, the number of miles driven in the state or some combination of those factors.

Once a company is deemed to have met the nexus standards, the focus turns to the percentage of business allocable to that state.

States may vary on the tax base on which the tax is calculated. Many states use a formula based on gross receipts or net income, but others evaluate other factors such as payroll or value of equipment used in the state. For purposes of this article, we assume that net income is the relevant tax base.

The allocation formula has two components – the calculation of the dollar amount in the tax base, and the percentage of the total that is allocable to the individual state.

The record keeping techniques of today’s motor carriers make it fairly easy to arrive at the mileage allocation.

The ultimate issue is the dollar amount against which the percentage is applied.

That issue has many factors to it, and we have found that carriers often calculate this number improperly.

As a starting point, the Canadian company must convert its Canadian tax return to a U.S. tax return.

Most states use the taxpayer’s U.S. federal income tax return as the starting point from which state tax is determined.

Instead, the Canadian carrier will have to prepare a hypothetical “pro forma” federal return that is not filed with the federal government, but prepared solely for use with filing state tax returns.

The federal pro forma return would convert from the Canadian tax system to the U.S. tax system, including conversion to U.S. dollars using the appropriate exchange rate, changing depreciation schedules from the Canadian to U.S. method, and otherwise conforming to the U.S. system of deductions or other adjustments to income under U.S. Internal Revenue Service guidelines.

Since the concept behind the allocation formula is based on number of miles driven everywhere, we believe it is appropriate to exclude net income from Canadian-based business activities that are unrelated to on-the-road trucking operations.

Common examples of ancillary operations that may be excludable from the overall tax are as follows:

Many carriers use different companies or operating divisions to carry on such activities. Carriers that don’t do so should make sure they can prove they have operating authority or other legal requirements to carry on the unrelated business, to avoid any challenge to the legitimacy of the exclusion of that line of business from the total.