Open The Mail -And Other Resolutions For Taxpayers

January 1, 2010
Canada Revenue Agency (CRA) has a special place on its Web site where it makes examples of cheats and lawbreakers -a perp-walk of sorts. (You'll find the link -and maybe your neighbour -here: www.cra-... 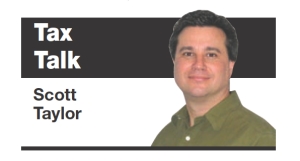 Canada Revenue Agency (CRA) has a special place on its Web site where it makes examples of cheats and lawbreakers -a perp-walk of sorts. (You’ll find the link -and maybe your neighbour -here: www.cra-arc.gc.ca/nwsrm/cnvctns). Among the most recent entries:

• Edward LeBlanc, an independent security guard and animal control officer from New Glasgow, N.S., was fined $23,568 for not reporting almost $75,000 in income from 2000 to 2002, as well as over $12,724 in Harmonized Sales Tax he collected from customers. LeBlanc was using multiple bank accounts to hide income.

• Yeoun-Kyu Jang, a Winnipeg retailer was fined $63,200 after CRA investigators found that he used two sets of financial records in an attempt to avoid payment of income tax for the 2003 through 2005 tax years. Jang kept one ledger with the “real” numbers and another showing lower cash sales, on which he based his returns. Jang failed to report more than $196,000 of business income and $19,600 of GST.

CRA says it publicizes convictions “to maintain confidence in the integrity of the self-assessment system and to increase compliance with the law through the deterrent effect of such publicity.”

In short, they do it to scare people. Income tax reporting in Canada is based on the honour system. The government can’t audit everyone, so it counts on individuals and corporations to accurately and honestly assess their taxable income and pay what they owe, on time.

Those who are guilty of evading tax or filing fraudulent returns must pay the full amount of the taxes owed, plus interest and any penalties CRA assesses.

In cases of gross negligence, the Income Tax Act and Excise Tax Act allow a penalty of up to 50% of the unpaid tax or the improperlyclaimed benefit. Additionally, convictions can result in court-imposed fines of up to twice the taxes evaded plus jail time (up to 12 months for each count).

Federal tax evasion and tax fraud cases are rare but the prosecution rate is high.

Most people are convicted because of some type of deceptive scheme -the double-booker from Winnipeg, for example. Others wanted to deceive only themselves.

They let deadlines pass, ignored notices, thought they could slip through the cracks, and finally ended up in court.

Such cases are extreme versions of a handful of new clients we get every year, folks who haven’t filed a return in a year or more and want to get back into compliance. Catching up takes a lot of work and it’s not always easy to pay what you owe, but you can do it. If you’re in the mood for New Year’s resolutions, here are four steps you can take to help you get squared away with the tax authorities:

Open the mail: If you receive a letter from a tax agency, read it and respond within the time allowed. If you have a question, set aside the time to call. Ask for an extension if necessary. Let the credit card offers and catalogs pile up, but don’t ignore correspondence about your tax obligations.

Don’t plan on hiding: Tax agencies review and share more information than ever before. Auditors will cross-reference your Social Insurance Number to any of your federal tax accounts -GST/HST, payroll, income, and excise -and make sure there are no overdue balances. Investigators auditing a carrier can review broker payments to make sure they correspond to businesses that are valid and up to date in their filings.

Come clean before CRA calls: Under CRA’s Voluntary Disclosures Program, you can come forward and correct inaccurate or incomplete information or disclose information you haven’t reported before. You’re still obligated to pay any tax owing, plus interest, but you can do it without penalty or prosecution. More information is available here: www.cra.gc.ca/voluntarydisclosures.

Talk to an expert: Not your buddy whosayshe’sneverfileda return, or the pamphlet pusher who questions the government’s authority to collect taxes. The fees can be expensive but a good accountant will pay for himself many times over.

With tax season looming, the time, effort, hassle, and expense of filing your tax return may easily turn you into a rebel.

But it’s never worth it. The stress and problems will only get bigger. This is Canada after all. Snow, death, and taxes are the only certainties of life.