Some important topics to consider

May 1, 2010
A few items of interest have crossed our desk recently that will interest the trucking community. First, there is a minor tempest brewing in the HazMat community that we hope will be resolved before i... 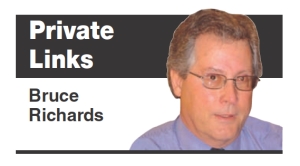 A few items of interest have crossed our desk recently that will interest the trucking community. First, there is a minor tempest brewing in the HazMat community that we hope will be resolved before it escalates into something out of proportion. If you’re in the business of transporting dangerous goods in Canada, you know that your drivers are required to undergo training on the products being transported and must carry on their person employer-issued certification of that training.

Things are a little different south of the border in that US drivers need to be trained to a standard set out in CFR49 172700-704, but they are not required to carry certification of that training on their person. That certification is maintained by the employer in the employee’s file. There is also an endorsement on the driver’s CDL.

So, what’s the big deal you ask?

Well, there are rumblings in some Canadian jurisdictions that US drivers transporting dangerous goods in Canada (aka HazMat) should, like Canadian drivers, be compelled to carry certification of the training they have received. Since that is not a requirement of US law, we have a discussion point that, hopefully, will be resolved quickly before the constitutional and NAFTA constraints come into play.

A Transport Canada official took time to discuss the issue with me and advised that negotiations are proceeding nicely with FMCSA. A couple of possible solutions came to mind during our conversation:

One such solution could be to have US carriers transporting HazMat to Canada provide their drivers with a certificate of training. While the training required under CFR49 172700-704 is not everything Canada would like to see (ie., it’s not product-specific and doesn’t require recurring training), that is a possible compromise that could be negotiated. Canadian officials could also elect to accept the HazMat endorsement on the driver’s CDL, possibly retaining the right to ask the employer for further proof, or simply ask that the employer fax a copy of the training certification to the closest inspection station.

For a more futuristic resolution, we wonder whether the electronic trip manifest, which identifies the presence of HazMat, could also include a driver profile certifying that the driver has had the requisite training? Absent that certification, the driver would simply not be allowed to proceed into Canada. As we continue to move toward an electronic border crossing world, this would seem to be a relatively simple fix to the issue.

On another topic, back when it introduced its new facility audit in April 2009, Ontario’s Ministry of Transportation committed to conducting a six-and 12-month evaluation of the program. It has now been decided that due to a lack of resources and audit data it may be premature to conduct a review.

Instead, the Ministry has elected to conduct a two-phase evaluation of the new audit program. The first part, which they describe as qualitative, will begin in mid-April with stakeholders like PMTC discussing key questions in preparation for broader consultations with the industry. That will be followed by the qualitative phase in which data collected from audits will be analyzed.

The planned approach seems to be ordered, and given the lack of data currently available, it is reasonable to wait until there is something to analyze.

That also leaves additional time for carriers to provide their input on the program. With that in mind, I’d like to suggest that if you have a constructive opinion or suggestion to offer on the subject, you contact your trucking association. If you are not a member of a trucking association (and we would wonder why not?) feel free to e-mail your thoughts to the PMTC office.

Lastly, the subject of mandatory Electronic On-Board Recorders (EOBRs) is back in the news as CCMTA embarks on its study of the issue. PMTC and other interested parties have provided CCMTA with our thoughts on the matter.

What the end result of the deliberations will be, and whether the US and Canadian rules will be harmonized, is anyone’s guess, but here are a few thoughts from the PMTC submission. EOBRs are already in widespread use by responsible carriers, which is not to say that every carrier without them is irresponsible. One idea could be a phased-in approach that would initially mandate EOBRs for carriers (including bus operators) with a history of hours-of-service infractions or other safety issues. The difficulty with that approach is that there are insufficient enforcement resources to identify all the carriers that flaunt the rules, which in turn argues in favour of EOBRs for all carriers.

We also need to be aware of privacy issues, which are paramount in our society. PMTC feels that this subject demands in-depth discussion to determine what information should be available and what safeguards are in place to protect it.

It is also important that carriers already using EOBRs not be immediately required to replace them if a new standard were to be introduced. Those carriers have already demonstrated their commitment to safety and should be allowed to continue with their current equipment for its useful life.

-The PMTC is dedicated to the private trucking community. Your comments or questions can be addressed to trucks@pmtc.ca.