Tax Terror: Should You or Shouldn’t You Claim for Meals?

April 1, 2004
DON MILLS, Ont. - Truck drivers are going to have trouble come tax time trying to figure out whether to claim deductions for meals they bought last year in the course of their daily travels. 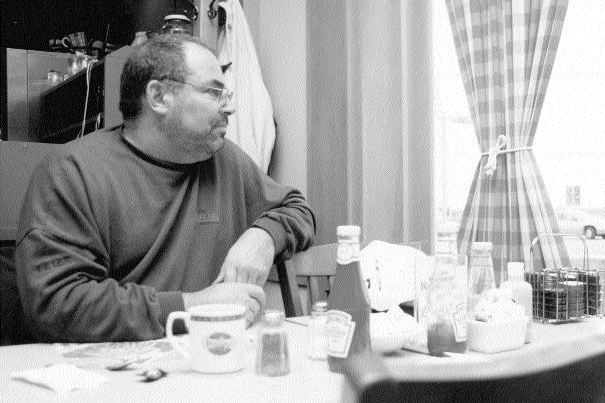 TO DEDUCT OR NOT TO DEDUCT? Drivers would be wise to keep their meal receipts just in case Revenue Canada asks.

DON MILLS, Ont. – Truck drivers are going to have trouble come tax time trying to figure out whether to claim deductions for meals they bought last year in the course of their daily travels.

That’s because a tax court appeal ruling made last summer brings into question everything drivers may think they know about what they are and aren’t allowed to claim.

The case in question disputed the deductible meal claim of four B.C. Ferry workers who, like truck drivers and rail workers, qualify as transport workers under the Income Tax Act.

Judge E.A. Bowie ruled the ferry workers couldn’t claim their meals as tax deductions because they returned home every night. The ruling hinged on the prosecution’s argument that a conjunctive “and” is used in the Income Tax Act – namely the “and” appearing in the act when it refers to “claims for meals AND lodgings” for transport employees.

But the ruling appears to fly in the face of Information Circular 73-21R8, published by Revenue Canada last October (after both the original ruling and the appeal).

According to the circular, drivers who do not claim for lodgings can still claim tax deductions for meals if:

(Under paragraph 8 (1) (g) of the Income Tax Act) they occasionally drive short haul (in which case they qualify for one meal if they work under 10 hours then return home).

Also under paragraph 8 (1) (h), employees can only claim for meals consumed while required by their duties to be away for 12 hours or more from the municipality and or the metropolitan area of their employer’s establishment.

To make a claim, drivers must fill out a form called a TL2 Claim for Meals and Lodging Expenses, and also get their employers to fill out part of the form, verifying the period they were away and how far they went. (The claims can be “batched” so a form doesn’t have to be filled out for every single meal.)

In either of the above instances, it would appear drivers are allowed to claim for meals even if they do not claim for lodgings.

So what’s a driver (or an employer, for that matter) to do when he or she finally gets down to filling out the income tax form?

“I don’t know what to do,” said one driver who asked not to be named, for fear of being audited.

“Things were looking good before Christmas, when we found out we could spend up to $45 per day ($15 per meal) without receipts. But this is terrifying. This has never been an issue before. I’ve been claiming meals for years. Do I give up a major chunk of money, or do I file and find out the hard way?”

Getting a definitive answer to this sticky question proved impossible.

The best officials there were able to come up with before press time was “We’re going to look at things on a case by case basis,” according to spokesman Christian Girouard.

So Truck News called tax expert Chris Bennett, general manager of Transport Financial Services, headquartered in Kitchener-Waterloo, who seemed to have the best understanding of what the B.C. Ferry case means for drivers.

“The B.C. Ferry case did rest on the conjunctive ‘and,'” said Bennett.

“And information circulars being what they are (not word of law) I wouldn’t put it past Revenue Canada to use the conjunctive ‘and’ as a wake-up call. In other words, the ruling could be used against anyone not claiming for lodging along with their meals.”

(And the ruling could also be used against drivers who spend the night in their cabs, even though the circular says they qualify as overnighters.)

But whether the ruling will actually be used this way is questionable, added Bennett.

“Since the ruling, we have not seen any cases, among the thousands of drivers’ claims we’ve processed, where the claim was challenged using the conjunctive ‘and.'”

Still, Bennett’s advice to drivers who do go ahead and make claims is: “Keep your receipts and your logbook records just in case.”

So much for not having to provide receipts.

As for whether Revenue Canada will decide to go ahead and start enforcing the “meals AND lodging” ruling when it comes to claims by truck drivers, there’s no telling.

Revenue Canada certainly hasn’t come out with a definitive answer.

“It all depends on whether a local tax office decides to test it,” speculated Bennett.

Some might even argue it’s better to leave well enough alone, rather than force Revenue Canada’s hand for a clarification.

But the situation is certainly being monitored, said Phil Benson, the Teamsters Canada lobbyist in Ottawa.

The union represents transport workers across Canada, including truck drivers.

Benson was reserved when it came to commenting on the court decision and its possible fallout.

“The judge in the B.C. Ferry workers case also said the truck driver scenario brought up by the defense was ‘hypothetical,’ so I don’t necessarily see Revenue Canada applying the same rules to drivers.

“And we have to keep in mind that the Income Tax Act presents meal deductibility claims as an exception to the normal rule for employees. That means taxpayers have the right to claim deductions but Revenue Canada has the right to determine whether they’re appropriate under the circumstances. So as far as the ruling goes, it all depends on what CCRA wants to go ahead and do with it in the future. In the meantime, we are monitoring the situation, and we’ll definitely defend the interest of our members where and when it becomes necessary.”

So far union members have not been raising a great hue and cry over the issue, said Benson.

Nor have courier and messenger companies, said Phil Cahley head of the Canadian Courier and Messenger Association.

“We haven’t heard anything about this yet,” he said.

But Canadian Trucking Alliance officials said they have been fielding questions from the industry on the meal claim ruling and have asked members to contact them directly should they have questions about filling out forms for drivers who want to claim.

“Some companies might offer the lunch deductions as a perk for drivers,” explained CTA Associate vice-president Stephen Laskowski.

“They may be concerned about what this ruling could mean for them.”

Laskowski is recommending OTA and CTA member companies contact him with their questions, at 416-249-7410 ext. 225

In the meantime, drivers left to their own devices will have to make up their own minds, and if they do go ahead and claim deductions on their income tax forms, keep the best records they can.