August 1, 2000
OTTAWA, Ont. - The days of generic 2ITN carrier codes are numbered.As of Jan. 8, 2001, Canada Customs will no longer accept these codes on Pre-Arrival Review System (PARS) loads, or on manifests used ... 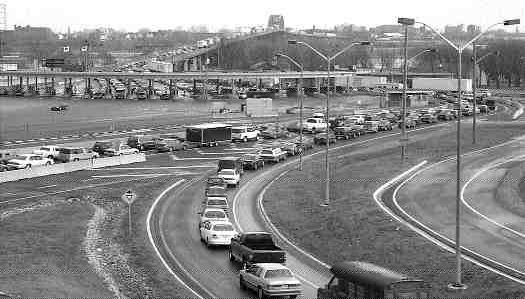 Is your paperwork ready?

As of Jan. 8, 2001, Canada Customs will no longer accept these codes on Pre-Arrival Review System (PARS) loads, or on manifests used for Release on Minimum Documentation (RMD).

In the end, loads without unique carrier codes could be delayed at border crossings, while the Canada Customs and Revenue Agency is also entertaining the idea of fines for those who don’t have the magic numbers.

Customs, which recently eliminated the generic codes from bar-code stickers used for PARS, is now beginning to cut similar 2ITN designations that are used as part of cargo control numbers on Form A8A, Customs Cargo Control Document (a.k.a. your manifest).

The manifest is part of the RMD package that brokers present to Canada Customs at the border, after a shipment arrives at a clearance office.

It’s been a slow process for the customs agency, which has spent the last two years developing a new carrier identification program. And it had hoped to phase out the generic numbers from PARS shipments by Sept. 11.

However, many carriers have already obtained a new carrier code. (Those who want one can apply through any customs officer, customs broker, or by calling 613-954-7151.)

Carriers who use PARS need to use individual carrier codes as the first four digits on bar-coded PARS stickers, which are applied to invoices or bills of lading before they are faxed to Canadian customs brokers.

For its part, Canada Customs is doing everything it can to kill the generic 2ITN numbers. It stopped issuing the generic bar code stickers earlier in the year, and is warning that all existing supplies need to be destroyed since they’ll be rejected.

– Manifests may be ordered from the Canada Customs and Revenue Agency by calling 800-959-2221, or through the Internet at www.ccra-adrc.gc.ca/forms.