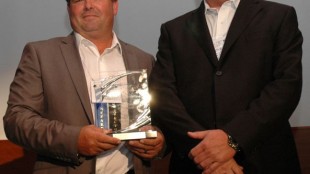 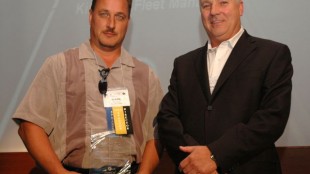 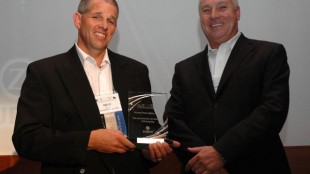 “Along with Zurich, we at the PMTC congratulate all of the drivers and management involved with the award winners,” PMTC president Bruce Richards said. “Their collective efforts clearly indicate the importance they place on road safety. All the 2013 award winners deserve our congratulations.”

Praxair Canada operates a fleet of more than 100 power units, running more than nine million kilometres per year distributing industrial, medical and specialty gases. The company runs one of the largest private fleets that belong to the PMTC and have won the Private Fleet Safety award six times.

It has a written safety policy that is regularly updated. Before hiring a new driver, Praxair does a thorough background check and then provides five days of in-house training on company procedures, product handling and safety practices. New hires are then paired with a mentor for two weeks.

The new hire is then evaluated by a driver supervisor before being turned loose on their own, and even then, they receive two safety observations and one ride-along from a supervisor each year.

TDL Group, with its 98 tractors, runs 13 million kilometres per year. The hiring process involves an in-person interview, reference checks, a road test and physical assessment to ensure they can handle the physical demands of the job.

Drivers are also put through a two-day orientation with a trainer, followed by four weeks with an over-the-road driver trainer. A formal evaluation follows.

TDL rewards drivers for safe operations and provides each driver with an annual performance review. The company has a CVOR violation rate of less than 10%.

Recognized as the most improved fleet, Hensall District Co-op has seen its CVOR violation rate go from 23% in 2006 to 6% in 2012. The fleet runs 60 tractors over about 5.9 million kilometres per year.

Prospective new hires are put through an extensive screening process and then taken on a one-hour road test. They receive a two-day orientation and then further training on product handling, defensive driving and cargo securement, before receiving two days of training with a mentor.