ABBOTSFORD, B.C. – This was the first year Transcourt Tank Leasing took part in the British Columbia Trucking Association’s Truxpo event, and the company was happy to welcome world champion curler Georgina Wheatcroft to its booth.

Transcourt vice-president of business development Kevin Quick said his Western Canadian team was ‘front and centre’ at the Truxpo show, taking advantage of the occasion to make the company’s expertise and capabilities known to visitors.

“We believe it is important for visitors to be able to meet the team members that they will be dealing with when they call on Transcourt,” Quick said.

Transcourt was founded in 1997 and aims to meet the leasing and long-term rental needs of the liquid and dry bulk transport industry across North America. 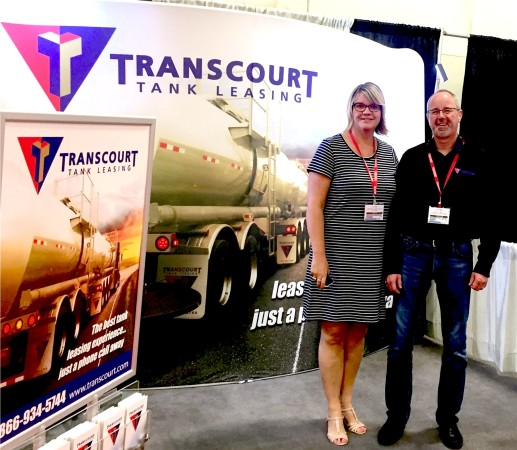