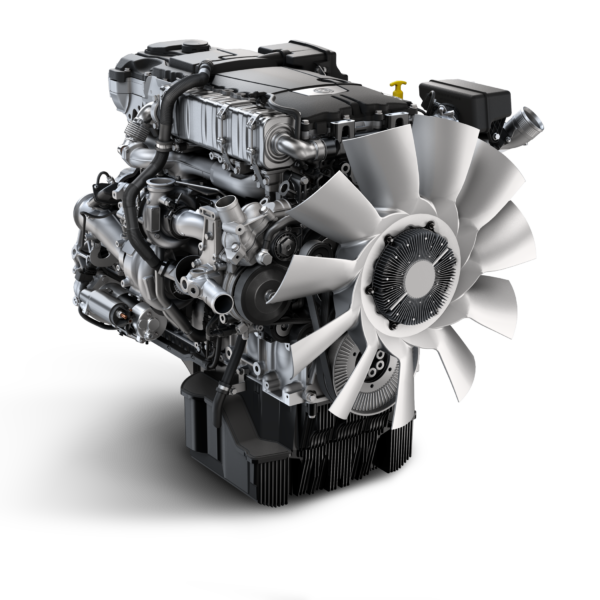 The new Detroit DD8 engine, first hinted about in 2015 and formally introduced a year ago, has been in production since late last year. Now, says Daimler Trucks North America (DTNA), it has been installed in a production truck for the first time. A global engine in Daimler terms, it has actually been offered in Europe and elsewhere for five-plus years so it’s a proven commodity. It complements the already-in-production DD5 engine for medium-duty and vocational markets.

Unlike that smaller engine, which was built in Germany before migrating to the company’s plant in Redford, Michigan, the DD8 has been produced there from the start. DTNA says it has invested US $375 million bringing medium-duty engine platforms to the Michigan facility. Also built there are the Detroit DD13, DD15, and DD16 engines, as well as the Detroit DT12 automated manual transmission and Detroit axles.

The company says the new engine strengthens its commitment to the vocational market. Orders for the DD8 “have exceeded our expectations,” says Scott Kuebler, general manager – component sales. 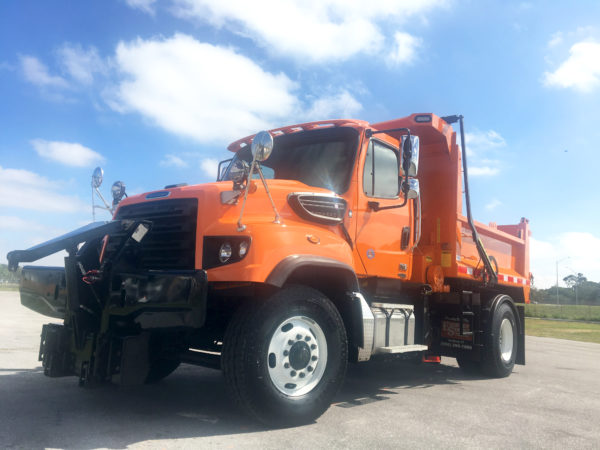 Among other features, variable exhaust cam phasing will be especially pleasing to vocational customers. Designed with the vocational market in mind, it alters the timing of the exhaust stroke when feasible — at low engine speeds when maximum power isn’t required — so as to raise engine heat, increase exhaust temperatures, and thus reduce the need for manual aftertreatment regenerations. Cement-mixer drivers will be happy.

It’s the first time this technology has been used in a commercial diesel engine, though it has seen some use in the passenger-car world. Asked if it might be applied to bigger engines some time in the future, Brian Daniels, manager, Detroit powertrain and components products, said, “That has yet to be determined.”

The Detroit Connect Virtual Technician remote diagnostics system is standard on the DD8, which has a B10 life of 400,000 miles. Meaning 90% of DD8s won’t need an overhaul before running that distance, which effectively means the engine’s lifetime since vocational trucks normally do only 10,000 to 30,000 miles a year. The engine comes with a three-year/250,000-mile warranty, extendable to seven years.

Maintenance intervals are said to be three times longer than competing engines, going out as far as 45,000 miles. Both oil and fuel filters are easily accessed, sitting above the frame rails.

Power ratings range from 260 hp and 66 lb-ft of torque up to 300 and 860 in single-stage turbocharger models, with three higher ratings with dual-stage turbos going as high as 375 hp/1050 lb-ft in fire engine applications.

The DD8 is available in Freightliner M2 106, 108SD and 114SD truck models, for market segments such as pick-up and delivery, utility, construction, dump, mixer, plow, towing and recovery, refuse, and fire and emergency.

Equivalent Cummins engines will continue to be offered in those models.