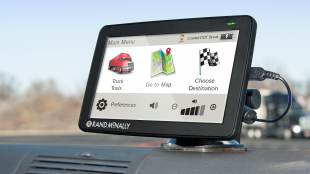 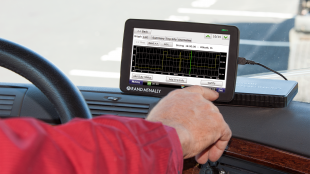 DALLAS, Tx. – Rand McNally had a couple of announcements at the Great American Trucking Show this week. 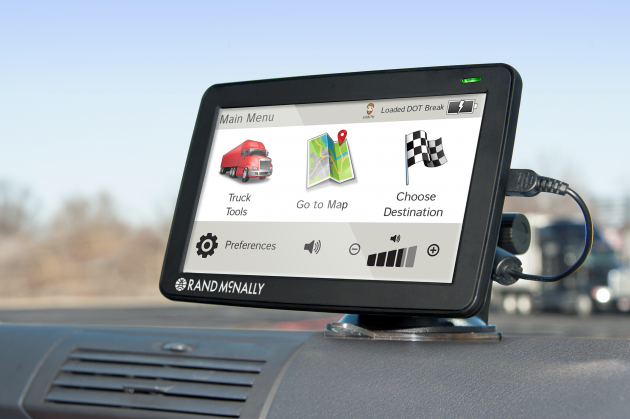 First, the company introduced the fourth generation of its IntelliRoute TND GPS device. The new device has been completely redesigned, according to Rand McNally and includes a faster processor.

The new GPS systems are more sleek and feature a thinner design. The interface can also be modified to fit to your colour preferance, and map colour schemes are also available. The new GPS system has some unique features as well, including an estimated toll road costs calculator that can show the driver how much it will approximately cost to take a toll route from the preferred on and off ramps.

The device also includes a lifetime map update and can be connected via WiFi. 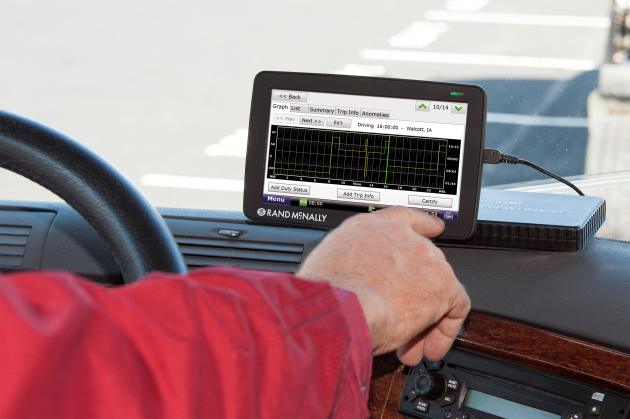 Rand McNally also used GATS as a way to announce that its HD 100 devices have been updated to include software that adds compliant E-Logs to tablets smart phones, and its IntelliRoute TND GPS devices.

The device will provide electronic HoS and vehicle inspection reporting.

“The HD 100 is a highly effective, affordable solution for providing compliant electronic Hours of Service logs well in advance of the federal E-Log mandate,” said Fletcher. “With the new all-platform capabilities of the HD 100, drivers and fleets can leverage the technology they already have – be it a TND device or tablet or smart phone.”