The new systems come with SAF-Holland’s 10-year NoLube lifetime warranty. The NoLube feature uses a sealed grease tube that completely surrounds the elevating screw, coating the screw when the leg is raised or lowered. 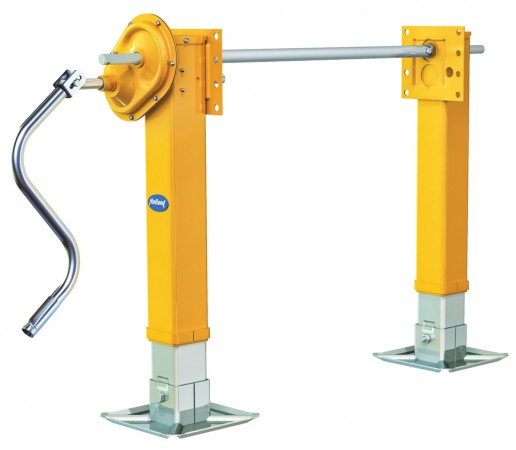