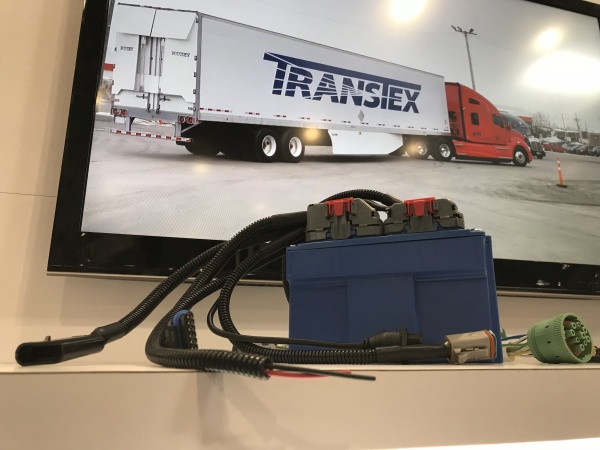 Transtex has unveiled a new generation of speed limiter with e-smart, a GPS-based device that sets maximum speeds based on vehicle locations.

Available for Class 4-8 trucks, the system pulls information about posted speeds from the company’s server, or data that is uploaded to the truck itself in case a cellular connection is lost.

Users have the option of establishing the speeds drivers would be allowed to drive above posted limits as well.

The map data from a third-part provider covers routes across Canada and the U.S., and in selected cases will track speed limits in Mexico. When split speed limits are posted, the system is said to recognize the limits that are specific to trucks.

Using geofencing, fleets will also have the option of limiting speeds in specific areas, such as around a client’s yard or school zone, or immobilizing a truck when it shouldn’t move at all. Those features are currently programmed by calling a toll-free number, but Transtex says it is developing a user interface for such work as well.

As a power management tool, e-smart will also limit horsepower based on payloads.

It all connects to the truck and engine through a J1939 interface, Bluetooth connection, and throttle position sensor. And a web portal can be used to track factors such as fuel consumption.