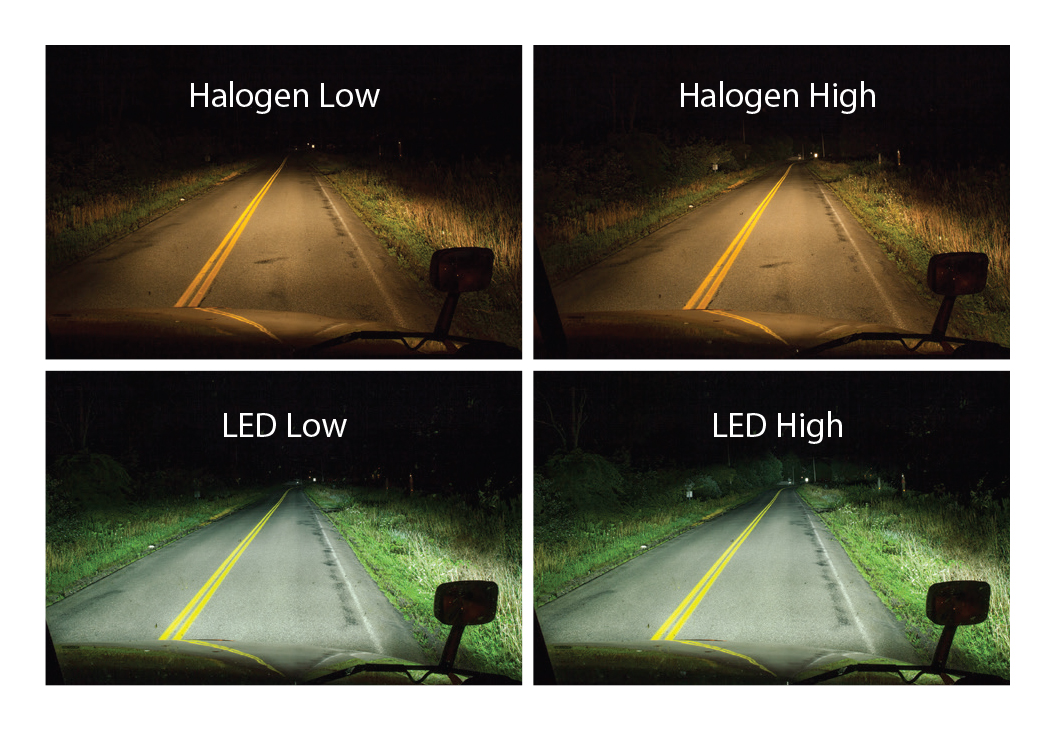 FALCONER, N.Y. — Since headlamps are something drivers use every single day, we arranged a test drive with Truck-Lite to see if the LEDs lived up to the billing. Manufacturers like Truck-Lite use all kinds of sensitive instruments to measure light output and the like. I just wanted to see with my own two aging eyes what kind of a difference they made in night vision. Any driver who has them knows they are superior to halogen lights, but the reason why might surprise you.

To test the two kinds of headlamps, we took a series of photos from inside the cab of a Freightliner Cascadia while parked on a deserted two-lane road near Truck-Lite’s plant in Falconer, N.Y. We used the same truck that underwent a headlamp transplant between the test runs. We switched the entire factory assembly with the halogen lights and replaced it with a module offered by Truck-Lite containing the LED lights.

The photos were taken with the same camera using the same settings, so the camera’s exposure controls were nullified and would not affect the outcome. What you see is what the camera saw. No digital trickery was applied after the fact.

What jumped out at me immediately was detail visible just off the road, where the trees are on the left in the LED photos. They were not even visible with the halogens. That gives a driver a real edge when it comes to spotting wildlife lurking at roadside and even in catching signage way off in the distance.

Interestingly, the LED lights were no “brighter” than the halogen lights, it’s the color of the light that makes the difference. Truck-Lite says color temperature of the LED light — the blue to red shift in the light spectrum — is very close to the color temperature of sunlight, around 6,000 degrees Kelvin, compared to halogen at around 4,000 K. Technically, they are not much brighter, but they sure appear to be because of the color.