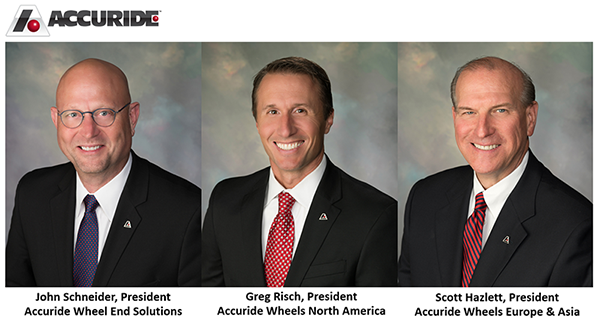 EVANSVILLE, IN – Accuride is consolidating its wheel end components businesses that include the stand-alone Gunite unit, and KIC business acquired in May 2017. Collectively they will now be known as Accuride Wheel End Solutions, although the KIC and Gunite brands will remain.

“These organizational changes and appointments better align our team to efficiently lead and operate Accuride following our acquisition of KIC, while supporting our continued global expansion initiatives, including completion of our pending acquisition of Mefro Wheels GmbH, which is now undergoing routine merger clearance review with appropriate authorities,” Dauch said.