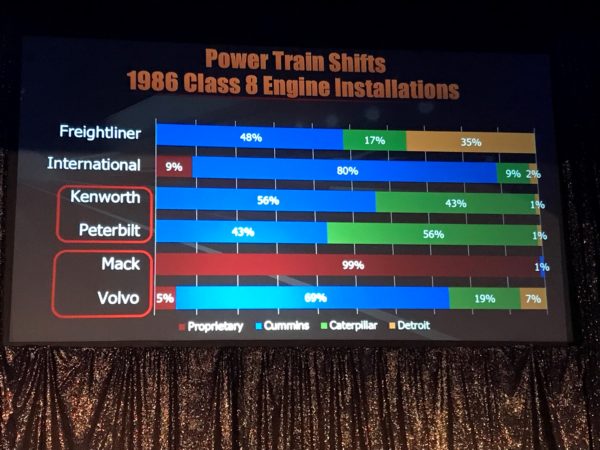 LAS VEGAS, NV – The business of selling truck parts has become increasingly global, introducing a series of new brands along the way. But the source of the parts is only one thing to change, as the industry is further transformed by the tools of e-commerce.

“It’s amazing to see what’s happened in the last 10 to 15 years,” said Heavy Duty Manufacturing Association president Tim Kraus, referring to the global alliances of Volvo and Mack, Paccar and DAF, Navistar and Volkswagen, and equipment made under the Daimler umbrella.

“Eighty-five percent of our members are global or going global,” he observed during a presentation at the Heavy Duty Dialogue event in Las Vegas.

The group itself is forming councils in India and China, and has rescheduled a briefing to align with the IAA show in Hanover, Germany – recognizing its organizers’ commitment to the recently launched North American Commercial Vehicle Show. “We feel it makes an awful lot of sense with what they’re doing,” he said. (Newcom Media, which publishes Today’s Trucking, is a partner in the North American show.)

Stu MacKay of MacKay and company put it another way: “Globalization has disrupted the way things used to be.”

In the medium-duty market, Volvo partnered with Freightliner in 1976. Iveco came to North America in 1978, with Isuzu following in 1984, and Hino and Mitsubishi Fuso came in 1985. Even Hyundai attempted to enter the market in 1987 with the failed Bering Truck venture.

On the heavy-duty side of the business, Renault made its initial investment in Mack in 1979, followed two years later by Daimler’s acquisition of Freightliner, and Volvo’s acquisition of White Motor assets. By 1988, Volvo was consolidating GM’s heavy truck business, and in 1996 Paccar acquired Europe’s DAF. Detroit Diesel was purchased by Daimler in 2000. And just last year, Volkswagen purchased a stake in Navistar, and Geely acquired a stake in Volvo Trucks.

“Supplier relationships, the competitive positions, virtually all of that has changed,” MacKay said, referring to the industry that many aging members of the audience once knew.

The new reality hasn’t been lost on the suppliers themselves. Bendix, for example, has long supplied products to International, which now is partly owned by Volkswagen. The latter company’s MAN truck maker has purchased more parts from Knorr Bremse, said Joe McAleese, chairman of Bendix Commercial Vehicle Systems.

It means Bendix needs to become acquainted with MAN, building on relationships developed by members of its own European team, he added.

The changing names on truck hoods have introduced an increasing focus on proprietary components as well.

Mack was one of the early North American adopters of that strategy. Virtually all of the trucks it produced in 1986 had Mack Engines. In this way it has operated like a European truck for decades, MacKay said.

Last year, though, proprietary engines were found in 80% of Daimler trucks, 97% of Macks, and 93% of Volvos. Shares of proprietary Paccar power in Kenworths and Peterbilts also continue to grow. Cummins is the engine of choice for 80% of Internationals, but if that truck manufacturer’s emissions strategy had worked a decade ago, the proprietary share would be closer to 100%, MacKay said.

“Disruption is not limited to the OE side of the business,” he added. “The whole character of the business has changed.” Vipar Heavy Duty’s distribution channel was established as recently as 1989, while Rush Enterprises went public in 1996. FleetPride came in 1999. And all of those are now major players in the aftermarket. 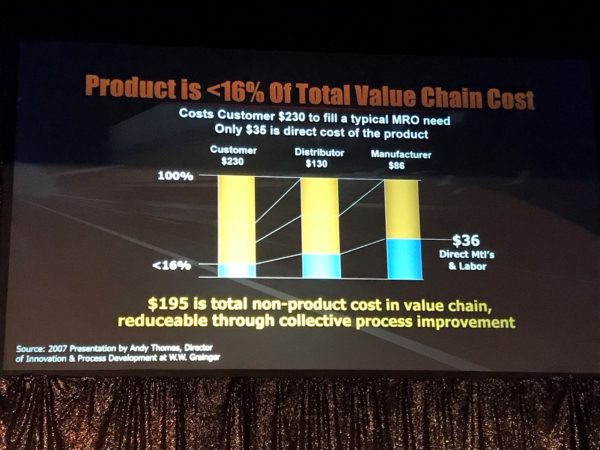 No matter what company is involved in a transaction, though, the tools of e-commerce are reshaping the way business is conducted. And it’s easy to see why.

As recently as 2007, a part made using $36 in labor and other direct costs translated to a final price of $230 for an end user, MacKay said. “It costs far too much to take that product from point of manufacture through the various distribution channels.”

The massive distributor WW Grainger, for example, used e-commerce to complete 30% of its sales in 2012. Last year about half of its business transactions were completed that way. The increasing online shift has admittedly stripped away about four points of the company’s operating margin, MacKay said. But it’s also allowed the company to shed 20% of its physical locations, bringing it down to 300 sites.

Even the behemoth that is Amazon could directly change how truck parts are ordered.

“Amazon has changed some of our business – not because they have the product, but they have provided a conduit for a variety of suppliers,” MacKay explained. About ¾ of the products that it sells don’t even sit in its warehouses. Volvo filters, for example, can be ordered through Amazon from five dealers and four independent distributors.

“What used to take weeks to get parts now comes in days,” said Ken Griswold, director – marketing strategy and sales at MacKay and Company. Offshore competitors are not even constrained by the need for a bricks-and-mortar presence. Direct online sales can be a particular fit for parts that are viewed as commodities.

“Amazon is not going to be the last guy,” he said. “There’s going to be an impact on margins.”

He expects e-commerce capabilities and the longstanding Electronic Data Interchange (EDI) capabilities to come together in about eight years, making EDI obsolete.

“By 2020 I think our business models are going to be very much different than they are today,” said Scott Gates, senior director and general manager at Ryder. This puts a greater emphasis on distributors to work closely with customers and build loyalty. “You can’t allow your organization to lose the relationship. You can’t just become an e-commerce company,” he warned, stressing the importance of reaching out to parts buyers to ensure they’re satisfied with the technology being used. And if they don’t want to shop on the website, give them other opportunities.

Bill Nolan, president of PBS Truck Parts, admits many of today’s independent distributors will close because they continue to work on 30-year-old models, but added there’s always a place for an innovative business. “E-commerce,” he said, “is the price of admission anymore.”

The online transactions can actually free up personnel on a parts channel to work on more difficult projects and support outside sales teams, said Matt Treadwell, general marketing manager for Paccar Parts.

“It used to be that information was scarce, and everybody marketed to the masses,” he said. “Now information is abundant.”

Said MacKay: “The rate of change is increasing, and certainly the last chapter has not been written.” 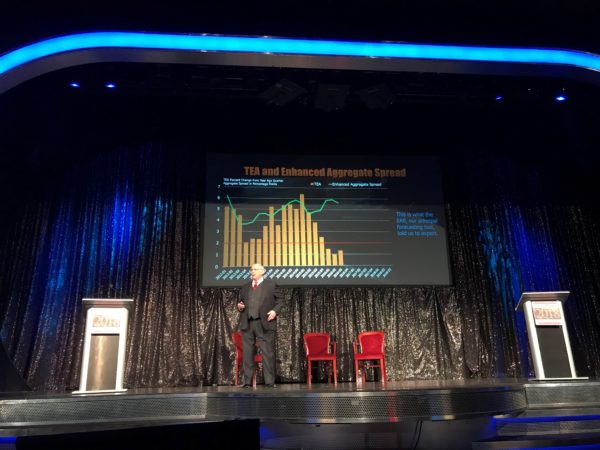 That’s certainly true when it comes to low-cost truck parts that are developed in offshore locales.

“It has mixed performance,” said McAleese, referring to value-priced parts developed in China and other parts of Asia. “Some of it is pretty good. Some of it is not very good.”

But many of the options offer an alternative for traditional choices like reman products.

A focus on global manufacturing also presents an opportunity to develop products around regional expertise. Meritor’s 13X medium-duty axle, for example, was developed in India, is sold in North America, and will soon be launched in Brazil. “We look to different regions to be centers of excellence for different product categories,” said Jay Craig, president and Chief Executive Officer of Meritor.

The development process is just expected to be completed around shorter timelines than in the past, as product lifecycles continue to be compressed.

There was a time when a high-volume axle would be available for 20 to 30 years, said Craig. Now the lifespans are closer to five to seven years. Aftermarket engineers are also included in the company’s initial designs, introducing features that are more difficult for competitors to reverse engineer.

“That’s a change we’ve relatively recently gone through,” he said.

And ongoing change is a reality in the expanding world of truck parts.