RED DEER, Alta. — Alberta Transportation has some ideas for an improved network of rest areas in the province, but wanted to run it passed some truckers first.

Alberta Transportation was seeking industry input on recommendations for Safety Rest Area locations, how they should be configured to meet industry needs, and what is it the drivers felt was needed at them.

“We had 15 carriers represented and we didn’t want much more than that, so it could be a manageable discussion,” explained Mayne Root, executive director of the AMTA. “It was positive and informative for the government. From the industry perspective it was extremely positive; and it’s not just for us, but for every motorist out there.”

One of the changes proposed by the province are new washroom facilities. Alberta Transportation has determined the current port-a-potties in use aren’t serviceable and they’re looking at building concrete, heated facilities.

“They’re looking at 35 locations where they’re going to upgrade facilities to full rest stops or build new ones,” noted Root. “These 35 are locations that aren’t already in highway upgrade plans, for example along the Highway 63 upgrade there are planned rest areas built into that plan, so these 35 are over and above any current construction plans.”

As part of the meeting, everyone in attendance was asked to prioritize where new rest areas were most needed. The answers ranged from up north by the Yukon border to down south at the Highway 2 and Highway 3 junction near Fort Macleod.

Currently the province is populated by roadside pullouts, which are an extension of the highway shoulder and usually only have a pay phone and some garbage bins.

“The pulloffs you see in some parts of the province are found to be quite dangerous and the government wants to get rid of them, but these new rest areas have to be built first,” said Root. “Rest areas have separation between the highways and have washrooms.”

The province’s goal for multi-lane highways would be to have the new rest areas placed 30 minutes from a city and then 60 minutes apart.

The timed intervals are just a guideline however as many things need to be taken into account including cargo securement rules, hours of service rules, and road conditions, such as curves, sightlines, grade, and space.

“Certainly that’s the goal, but it’s a long-term goal,” added Root. “It’s not cheap, but it’s positive the government is looking at this and making it a priority. It’s something the industry has been asking for for a while now.” 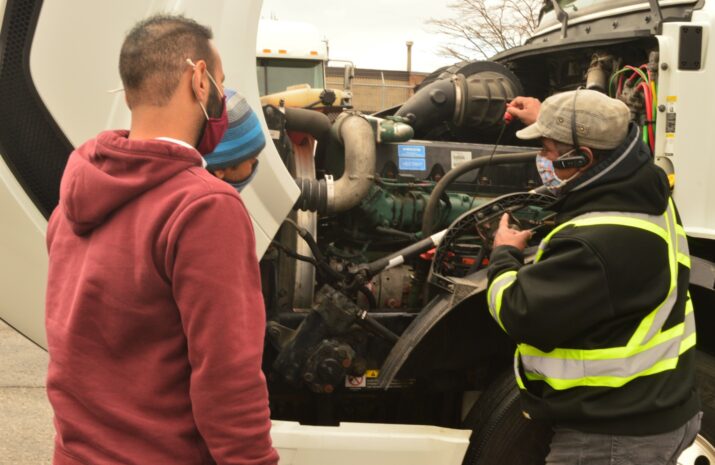