“Clearly, 2016 started soft for truck tonnage,” said ATA’s chief economist Bob Costello. “There was a deceleration in freight volumes during the second half of 2015 which continued into the first month of 2016. “The winter storms that hit in January likely suppressed volumes some, but by falling 1.4%, I doubt tonnage would have been positive without the storms. So, that tells me that the inventory situation continues to weigh on truck freight volumes. The sooner the supply chain cleans out the excess stocks, the better for trucking.” 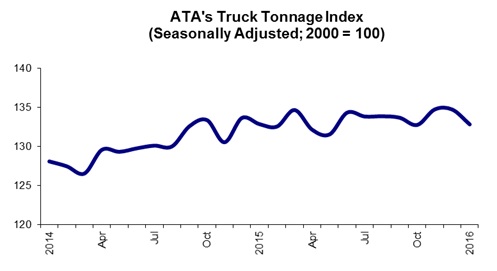