Atwal promoted to EVP at TFI 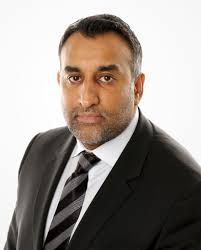 He has served leadership roles at Progressive Waste Solutions and Day & Ross Transportation, a division of McCain Foods, and spent more than a decade at GE Capital.

“Kal has been an integral part of the ongoing TForce Final Mile Canada success story, and his promotion to EVP underscores our appreciation for all that he has accomplished since joining TFI just three years ago,” said Alain Bedard, chairman, president and CEO