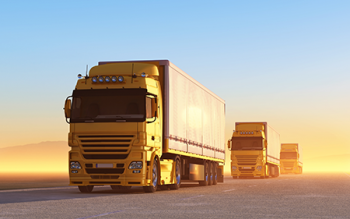 LEIPZIG, GERMANY-Autonomous trucking might solve the driver-shortage problem, save money and reduce emissions, but the massive job losses and other problems caused by the shift over the next 13 years might well lead to serious social disruption. Regulating agencies, industry and governments in North America and Europe should start planning for the change now.

Despite the ungainly title “Managing The Transition to Driverless Roadfreight Transport,” the extensive report doesn’t pull punches. Autonomous trucks will lead to huge layoffs. And if regulating bodies don’t start working together now to adopt driverless technology, chaos could ensue.

“Automated trucks could reduce the demand for drivers by 50-70% in the US and Europe by 2030, with up to 4.4 million of the projected 6.4 million professional trucking jobs becoming redundant, according to one scenario,” the report says.

Even if the rise of driverless truck dissuades newcomers from trucking, over two million drivers in the U.S. and Europe could be directly displaced, the report says.

The report has four main recommendations for stake holders and regulators involved in the transportation industry:

* Consider a temporary permit system to manage the speed of adoption;