TORONTO, Ont. — Many Canadian drivers have been known to joke that they have a PhD – standing for professional highway driver. But, as a rule, they are also more formally educated than ever before.

The Changing Face of Trucking research by Newcom Media’s editorial teams shows that almost three in every four tractor-trailer drivers (72.9%) in Canada’s trucking industry have completed a formal certificate, diploma or degree. The details are reflected in National Household Survey data.

In contrast, just over half (54%) of Canadians aged 25 to 64 held college or university qualifications in 2016, Statistics Canada reports.

Trade-related training has generally been on the rise across the country, with 7.8% of Canadian men aged 25 to 34 now holding an apprenticeship certificate in skilled trades, up from 4.9% in 2006. Those numbers involve training outside a truck cab, however. Canada has yet to recognize truck driving as a skilled trade. 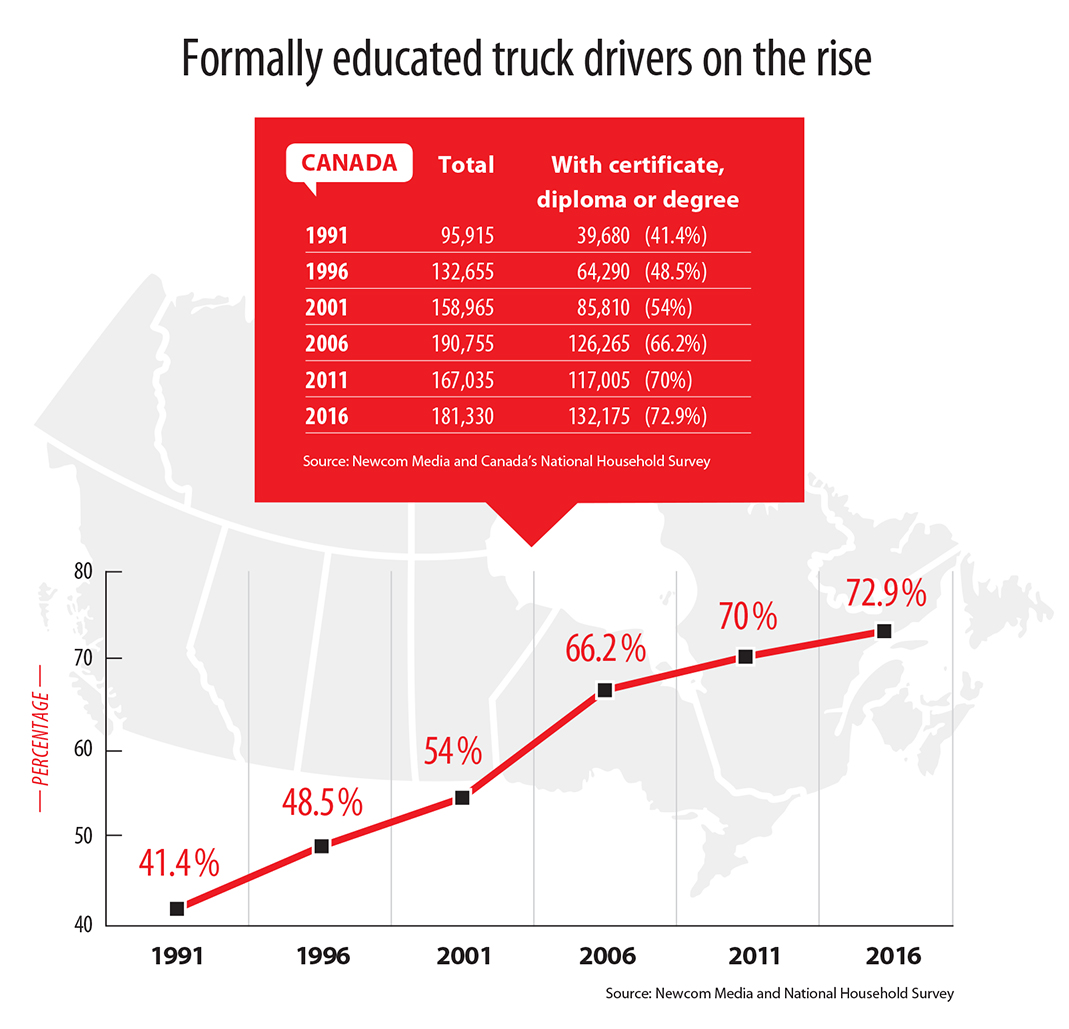 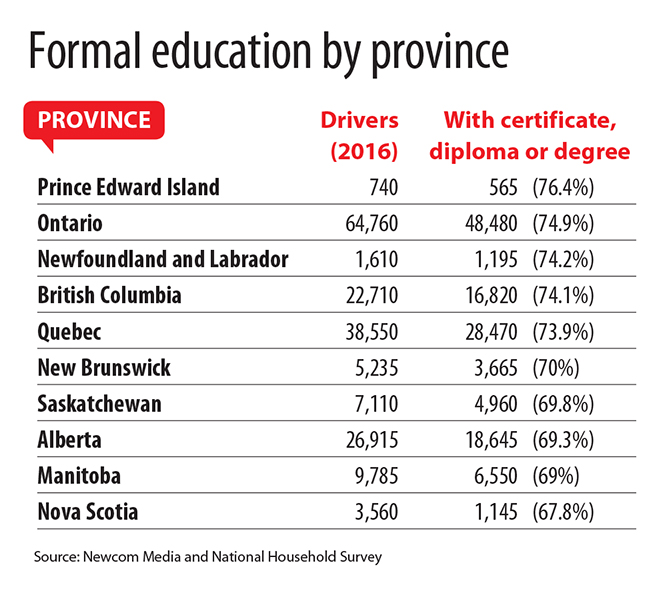