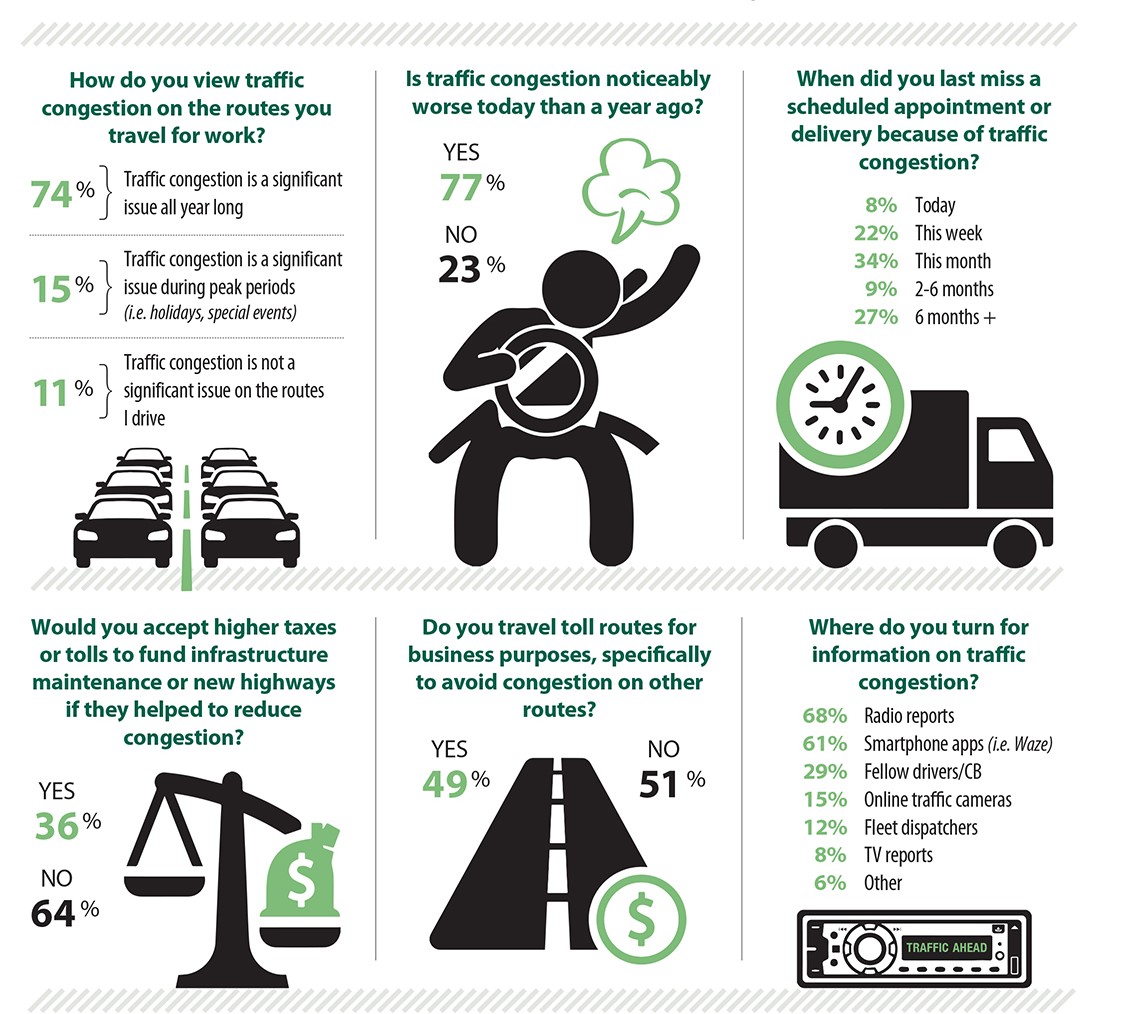 TORONTO, Ont. – Canadian truckers are reporting that traffic congestion is noticeably worse than it was a year ago, and about one in three have missed a scheduled appointment in the last month because of it.

Seventy-seven percent of those who participated in the latest Today’s Trucking Pulse reader survey report that traffic congestion is noticeably worse today than a year ago.

When it comes to work-related routes, 74% of survey respondents said traffic congestion is a significant issue all year long, although 15% said the issue is largely limited to peak periods such as holidays or special events.

Radio reports (68%) are the most common source of information for traffic congestion, followed by smartphone apps such as Waze (61%), and fellow drivers and the CB (29%). Online traffic cameras were accessed by 15%.

Almost half (49%) of those surveyed use toll routes specifically to avoid congestion on other routes. However, 64% said they are unwilling to accept higher taxes or tolls to fund infrastructure maintenance or new highways if they helped to reduce congestion.

Today’s Trucking conducts Pulse reader surveys once per month, by email and through social media channels.