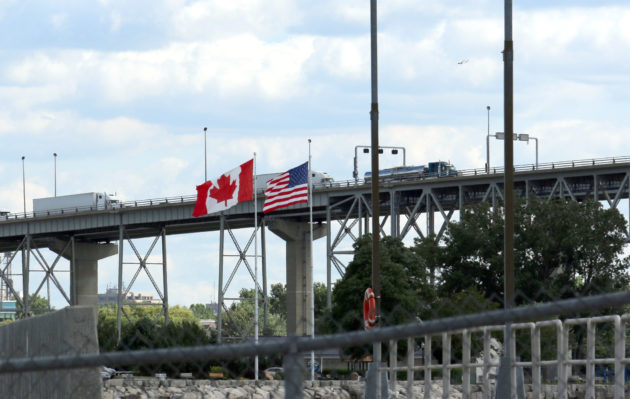 MONTREAL, Que. – Truck drivers who are foreign workers and need to cross the Canada-U.S. border during their shipments will be allowed to return to Canada, Today’s Trucking has confirmed, following questions raised by the Quebec Trucking Association.

The news has been confirmed by the office of Public Safety Minister Bill Blair, and clarified by U.S. Customs and Border Protection.

Both Transport Canada and the Canada Border Services Agency (CBSA) clarified for the Canadian Trucking Alliance (CTA) that all classes of truck drivers – including Canadian citizens, permanent residents, and temporary foreign workers (TFW) and workers on visas – continue to be exempt from the 14-day self-quarantine rule, and will be allowed to cross the border between Canada and the U.S.

Blair also reinforced that an exemption is being made for Temporary Foreign workers, CTA adds.

Grey areas like these have been a particular concern as Canada and the U.S. restricts non-essential travel between the two countries. But trade and commerce continues.

“We have several European drivers who do not yet have their permanent residence, they have open or closed work visas,” says Marc-Andre Hubert, general manager of CH Express in Saint-Jean-sur-Richelieu. About one-quarter of his 30 drivers are foreign workers who travel to the U.S.

It would be a “big game changer” if the European drivers were not allowed to cross the border, he said.

“They are not travelers. They are there to work.”

Issues like these have been among the topics raised during a daily conference call between Quebec Trucking Association CEO Marc Cadieux and an emergency committee of Quebec’s Transportation Ministry.

“The Prime Minister has said that the trucking industry is very important in the supply chain, and that there is no quarantine requirement for drivers returning from the United States, except of course [if they show virus] symptoms,” Cadieux says.