CHARLESTON, S.C. — The medium-duty Sprinter vans sold in North America are German no longer, with units now assembled entirely in a new plant that Mercedes-Benz Vans has inaugurated in Charleston, S.C.

Until now, disassembled Sprinter vans were shipped from Dusseldorf, Germany, and reassembled in South Carolina. But with high expectations for North American sales, the company decided in March 2015 to break ground on a North American assembly operation. Today it represents a US $500 million investment, putting 900 employees to work. That number is expected to swell to 1,300 employees as early as 2020.

Volker Mornhinweg, head of Mercedes-Benz Vans, remembers the Sprinter’s arrival in the U.S. in 2001. Since then, some 400,000 units have been produced for Canada and the U.S. About 44,000 units were produced in 2018, representing a 39% increase over the previous year, he says. The U.S. is now the second-largest market for Sprinters today.  The new production facility will supply North American customers faster and with more flexibility, he adds.

The business recently enjoyed a massive boost through orders from Amazon, too.

Dave Clark, senior vice-president of global operations for the online retailer, announced this week that its Sprinter orders were being increased from 5,000 to 20,000 units. Those vehicles to be delivered within a year will be used by independent contractors in the U.S. who participate in Amazon’s Delivery Service Partner Program. They’ll be working with third-party fleet management companies, and enjoy special lease conditions that help to control start-up costs. 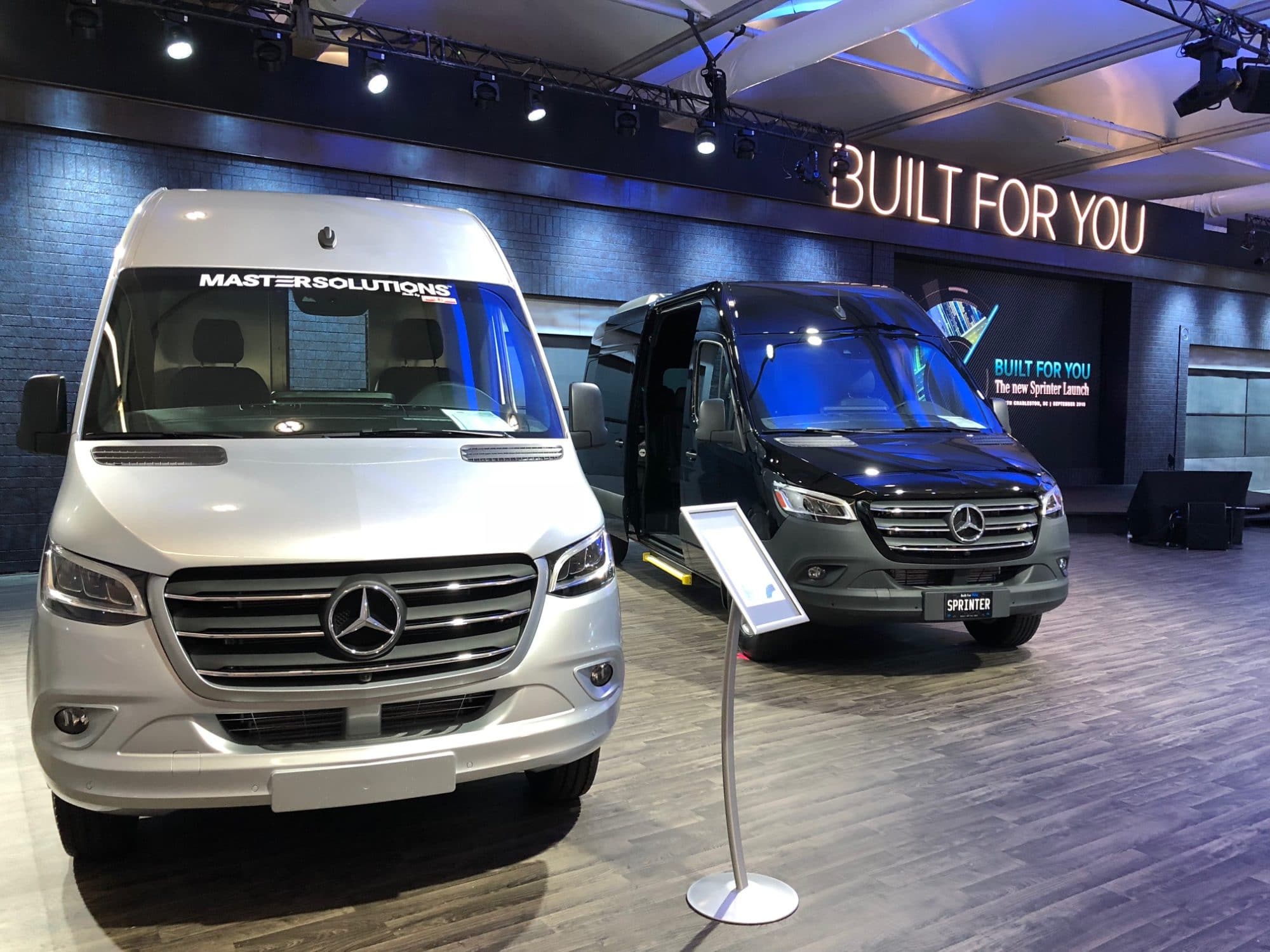 Canadian models will be delivered either with a three-liter six-cylinder diesel, paired with a seven-speed automatic transmission. A two-liter, four-cylinder gasoline engine will be available later this year with the smaller 1500 and 2500 models. A nine-speed automatic transmission will also be delivered with the gasoline engine.

Gross vehicle weight ratings for the 2500 and 4500 models have been increased to a maximum of 12,500 lb. The maximum payloads are 3,395 lb. The wheelbase ranges from 144 to 170 inches with the EXT model, which provides the largest amount of cargo space.

The new Sprinter is highly connected, too, and features a host of technologies in standard equipment, such as keyless start and electronic stability, depending on the load. The volume of the cargo compartment volume can reach 15 cubic meters (533 cu.-ft.), with the space measuring 61 inches from  side to side.

The 1500 model comes with a regular 96-inch clear roof, while the other models can be delivered with a 111-inch elevated roof.

Among the main innovations of the Sprinter, there is the MBUX system, a redesigned multimedia system offering features like those found in passenger cars. It can be activated by the voice, the touch screen, and the controls on the steering wheel. A series of commands can be performed just by saying, “Hey Mercedes”, and the system learns as it is used.

Suggested retail prices for the new Sprinter range from $42,900 for the basic gasoline-powered cargo model to $47,400 for the basic diesel model. The price of the chassis-cab diesel is $47,900.