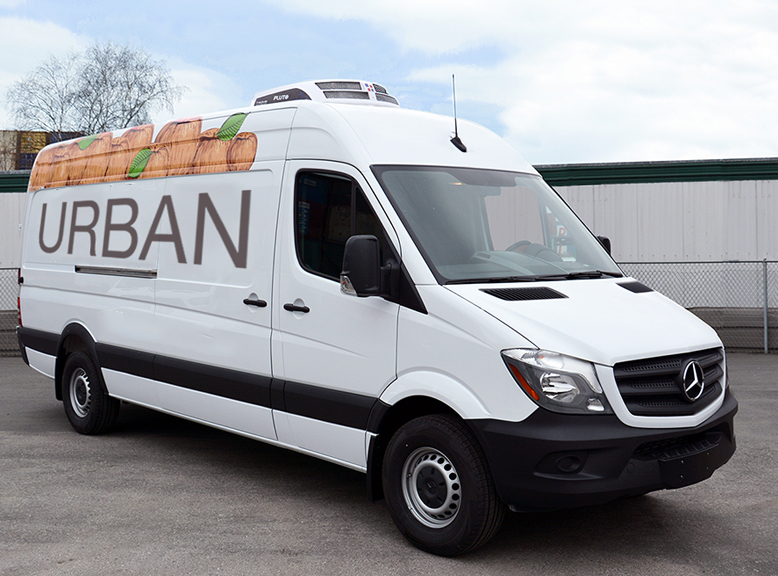 RICHMOND, B.C. – Volta Air hasn’t been in the business of producing electric reefer units that long, but it has already secured $110,000 in cold, hard cash that comes through a significant business prize.

Its current products come in the form of 12-volt systems that don’t rely on traditional diesel power, and come with integrated rechargeable batteries and optional solar panels. The end result is that each unit can annually save 15,000-lb. in carbon dioxide emissions when compared to a traditional reefer, the company says.

The Pluto model is made for vehicles like Ford Transit and Daimler Sprinter vans and generates between 7,000 and 12,000 BTUs, capable of maintaining temperatures between 4 and -8 C. Its larger cousin, the Titan, generates up to 20,000 BTUs, and supports a dual-zone cooling system.

Research and development began about seven years ago, leading to the launch of the business four years ago. Through support from a team at Simon Fraser University, the product line itself began to emerge just over two years ago.

Initial sales have included the likes of the Spud grocery delivery service in Vancouver, and BYD will be using the technology as it prepares to create an all-electric refrigerated delivery vehicle.

About 550 units have been sold in the past two years, and Volta says it has recorded more than 30,000 operating hours in the field.

There were plenty of companies participating in Innovate B.C.’s competition, which began with a list of 190 candidates for the prize, he says. But after several rounds of analysts pouring over business plans and models, a win was secured.

“There are no engine-connected parts, so a lot of our end users are installing themselves,” Malek adds, referring to product benefits. “What we’re offering is a fully electric system that runs off the battery.”

The story is about more than the electric power source alone, though. A related monitoring system anchored in the Internet of Things also watches over equipment operation in real time, he says.

The company currently has 10 employees in Canada and two in the U.S., and manufacturing is based in Richmond, B.C. (One unit is produced in China.) Dealers, meanwhile, have been secured from Texas to California, and B.C. to Toronto.