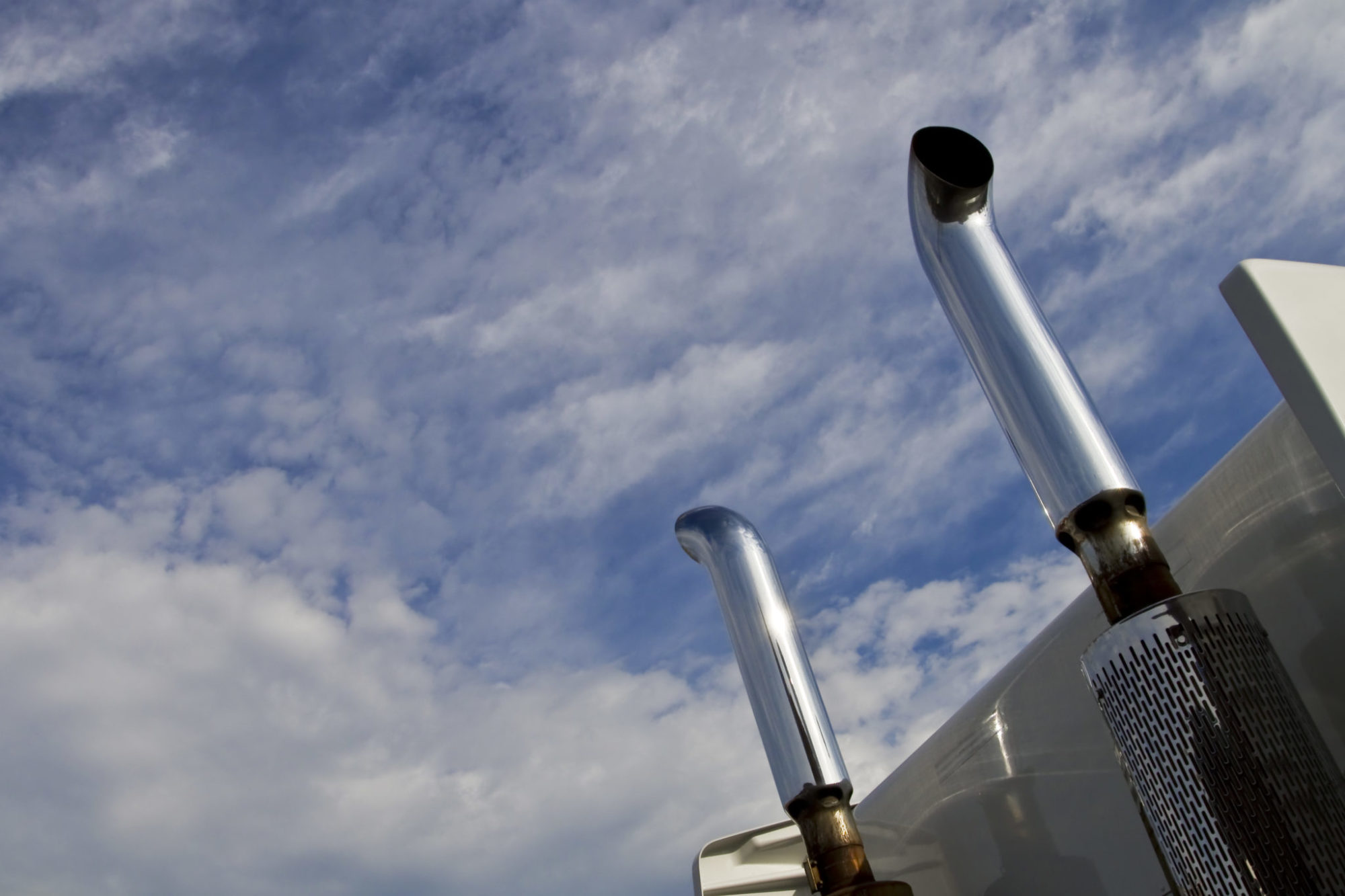 TORONTO, Ont. — Plenty has changed since Ontario first rolled out its Drive Clean emissions tests in 1999, not the least of which is the cleaner air that passes through exhaust stacks.

In the years since the program was introduced, cooled exhaust recirculation (EGR), diesel particulate filters (DPFs) and selective catalytic reduction (SCR) have become commonplace in heavy-duty vehicles. Sulfur levels in diesel fuel have dropped to 15 ppm, down from the previous 500 ppm, and drivers found themselves dispensing diesel exhaust fluid (DEF) at fuel islands as well.

Measured levels of smog-producing NOx and flakes of particulate matter have plunged, and regulators are now turning their attention to greenhouse gas emissions.

Each tightened limit and related technical change introduced new maintenance demands, of course. The EGR led to higher under-hood temperatures; new system sensors have been known to trigger incorrect fault codes or fail outright; diesel particulate filters need regular regens and cleanings, lest they leave trucks to limp back to the shop. This list goes on.

But the changes have undeniably led to cleaner air. More than 90% of heavy vehicles reportedly pass today’s emissions tests.

Provincial regulators still believe there is more to do, however.

While Ontario eliminated the Drive Clean program for light-duty vehicles in April 1 — following in the footsteps of B.C.’s now-defunct Air Care program – the program’s heavy-duty focus remains. Heavy trucks must pass the Ontario emissions test before renewing a registration if the vehicle is seven model years old or older. The same is true for any equipment older than the current model year if the truck is sold.

Opacity tests that measure the density of vehicle exhaust, reflecting the levels of unwanted particulate matter, are based on related model years. Most equipment that has a Model Year of 1990 or older has an opacity standard of 40%, while newer vehicles face a stricter standard of 30%. If a measured opacity reading is less than 20%, the truck can skip a year before returning for another look.

But there are also plans to increase the scrutiny on those who are trying to bypass emissions-cleaning technology in the name of avoiding maintenance costs.

An updated version of the testing regime for heavy-duty vehicles is expected this fall, confirms Gary Wheeler, a spokesman for the Ontario Ministry of Environment, Conservation and Parks. The province has also introduced recent regulatory changes that extend the reach of emissions-related penalties to out-of-Ontario carriers. Plates will be seized no matter where an offending truck is registered.

Ontario records about 220 cases of tampering with vehicle emissions controls per year, the ministry confirms. Most of those involve inexpensive changes, such as blocker plates in the exhaust gas recirculation pipes. More sophisticated or costly tampering activities, such as reprogrammed engine electronics, tend to be linked to larger fleets that have more resources, Wheeler added.

Unlike the former program for light-duty vehicles, the heavy-duty Drive Clean tests don’t include conditional pass allowances. This means that any heavy-duty vehicles have to be fully repaired to get the passing grade before being registered. But some garages must be giving trucks a passing grade even if emissions equipment is modified or missing.

“Part of the redesigned program will include strengthened enforcement through increased on-road inspections, which will focus on heavy-duty diesel vehicles and heavily-polluting modified vehicles to ensure that emissions control components are installed and functioning,” he said.

There are plenty of truck owners cheating the systems, observes Rick DiBiase of N&R Garage in Toronto, referring to changes he has come across such as add-on units that alter the fuel settings. Those who provide such systems are also blatant about it, he adds. “Just go online and type it in.”

But DiBiase is also frustrated by the way the province pulled the plug on the light-duty emissions tests. N&R Garage had participated in Drive Clean for decades, and invested about $30,000 in the equipment such as opacity meters, along with $300 in monthly maintenance fees to do the work. With a stroke of the premier’s pen, the revenue from 50-75 tests per week evaporated. The only tests these days come in the form of a couple of heavy-duty tests per week.

“We heard through the papers,” he says of the announcement. “It was a good program … It did what it was set out to do.”

The cost of Drive Clean

The Ontario Trucking Association (OTA), the industry’s largest lobby group in the province, is actively supporting the idea of on-road crackdowns, but it balks at any thought of annual Drive Clean tests for the broader industry because of the majority of trucks that pass the tests on the first try.

“In remote areas of the province, the test became the classic symbol of wasteful, government red tape. Fleets routinely questioned why they should lose one or two days of service productivity for a test their trucks would, statistically, nearly be guaranteed to pass,” the association said in a written submission to the Ministry of Environment, Conservation and Parks.

“Such a test could take up to three hours per vehicle and – as was the case with opacity Drive Clean tests – the available infrastructure is limited to larger fleets and garages. The majority of small and medium fleets, especially those in remote communities, would be left to grapple with the heightened operational challenges and costs.

“Unless there is strong empirical evidence to support the benefits for opacity testing and or [On-Board Diagnostics] testing of all heavy trucks, OTA believes it is time to phase out the heavy-duty program for the same reasons the light duty Drive Clean program was phased out – the overwhelming majority of vehicles pass the test. OTA believes complete OBD testing (two to three hours per truck) or opacity testing of the Ontario trucking fleet is not an effective approach to dealing with trucking industry environmental compliance.”

In the meantime Lak Shoan, the association’s director – policy and industry awareness programs, says there will be plenty of work to be done before changes announced this fall take effect.

“This isn’t going to happen overnight. It’s probably another year or two away before we decide on a final policy,” he says, noting how the province is assembling groups of stakeholders who will help establish a new regulatory framework.

The OTA is hoping to see a program that focuses on vehicle electronics as part of an annual safety. That would help to identify cheaters by looking at factors such as the last time a regen was triggered, and recognizing key fault codes linked to the environmental system tampering. Such a test would last five to 10 minutes and require less infrastructure than full OBD tests, the association adds.

It also wants the tests to look at the settings for speed limiters, which are mandated in the jurisdiction.

“From the studies that have been done, speed is a significant contributor to GHG emissions,” Shoan says.

“There’s always going to be a need for enforcement,” he adds. “There isn’t very much use for introducing new legislation or policy if they’re not going to be enforced on all carriers.”

High levels of exhaust smoke can be linked to a variety of factors including: