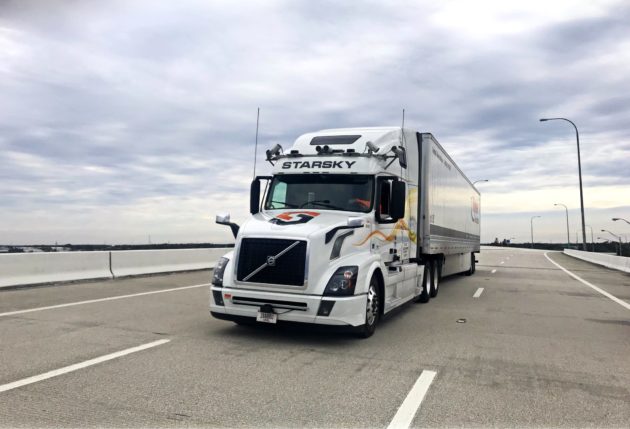 TORONTO, Ont. – Starsky Robotics had a dream of developing an autonomous truck, but its dream is coming to an end as it closes its doors.

Founder and CEO Stefan Seltz-Axmacher has announced the closure in a blog for Medium.

He cited challenges ranging form the limits of artificial intelligence, to a trucking industry recession.

“The space was too overwhelmed with the unmet promise of [artificial intelligence] to focus on a practical solution,” he explains. “As those breakthroughs failed to appear, the downpour of investor interest became a drizzle. It also didn’t help that last year’s tech IPOs took a lot of energy out of the tech industry, and that trucking has been in a recession for 18 or so months.”

The company’s US $20-million Series B fundraising effort fell short on Nov. 12, and most of the team was laid off Nov. 15. He’s now in the midst of selling assets including patents relating to operating unmanned vehicles.

Most teams working on autonomous vehicles work at a “professorial pace” and lack “tangible deployment milestones,” he added.

“The consensus has become that we’re at least 10 years away from self-driving cars.”