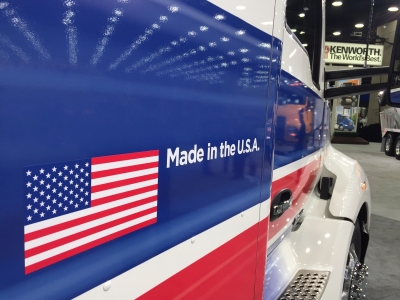 LOUISVILLE, KY – What a difference a few months can make. Earlier this year, Bendix Commercial Vehicle Systems was projecting Class 8 truck sales would drop about 5-10%. Now it’s projecting the market will grow about 5%.

“Overall, I think the economy has turned for us in the trucking industry,” chairman Joe McAleese observed, citing growing truck orders and dropping cancellations. Truck tonnage and utilization are both seen as under control.

It was a theme repeated at several briefings during the Mid-America Trucking Show’s media day. 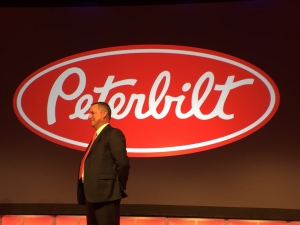 Freight tonnage is up 1-2%, prices are improving in the sport freight market, and oil rig counts are rising, said Kyle Quinn, Peterbilt’s recently named general manager. The market for used trucks is seen as a “headwind” but is expected to stabilize, he said.

Several underlying economic trends seem to be playing a role. Construction is at a 10-year high, and auto sales are solid, noted Kenworth general manager Mike Dozier, adding that consumer confidence is at a 15-year high and forecast to remain strong. Inflation, gasoline prices, unemployment, and interest rates are all relatively low.

McAleese pointed directly at the promise of pro-business regulations and tax reforms when explaining the general enthusiasm in the stock market. “People are moving on the anticipation of things to come,” he said.

But the Bendix chairman questioned whether U.S. President Donald Trump’s target of a 4% growth in the Gross Domestic Product was achievable, and raised concerns about a proposed border adjustment tax that would offer a competitive tax advantage for companies that make goods in the U.S. rather than importing products.

“The corporate tax proposal, it’s not going to reduce taxes. It’s going to have winners and losers,” he said, adding that it would affect choices in suppliers. “I don’t believe it’s going to achieve the objective.”

PACCAR’s Peterbilt and Kenworth, meanwhile, were both stressing their U.S.-based manufacturing capabilities.

“‘Made in the USA’ is part of the Kenworth fabric,” Dozier said, referring to the 2,000 employees at manufacturing facilities in Chillicothe, Ohio and Renton, Washington. In the last five years, about US $70 million has been invested in those operations as well.

If the market projections are correct, they will all be busy.